The story of Enrico Mazzaroni, chef of the Il Tiglio restaurant in Montemonaco (Ascoli Piceno), is a story of resilience: crushed by the 2016 earthquake, forced to emigrate to the sea in Porto Recanati (Macerata), but who finally returned to his Isola San Biagio sui Sibillini to finally win the Michelin Star, the first for a restaurant in the province of Ascoli. Obviously he was ecstatic about winning the Michelin Star; after so much hard work and disasters such as the earthquake which destroyed his previous restaurant.  Montemonaco takes its name from a Benedictine monastery founded here around the 8th century. On the menu of Il Tiglio are no longer just 'land' dishes, but also sea combinations. "Mine is an innovative cuisine, although rooted in the tradition of the family agritourism. I have included a lot of fish in my cuisine on the Sibillini which, basically, finds its strength in offal and vegetables and I believe that the 'brain of lamb with red prawns' convinced the Michelin guide that perhaps my time had come. Now the difficult part comes: maintaining this level and trying to improve". 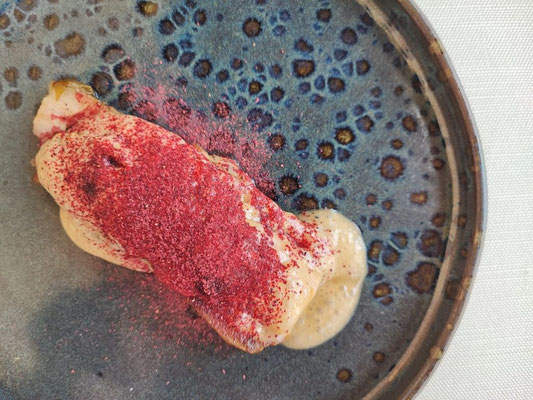 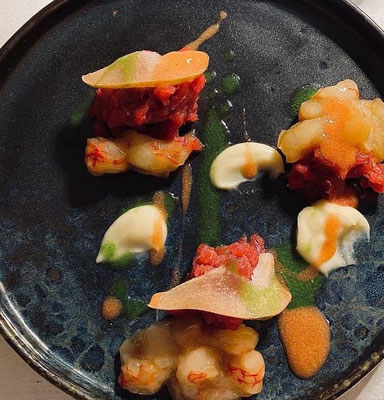 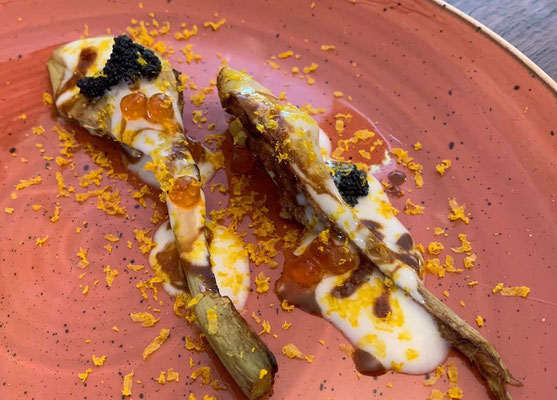 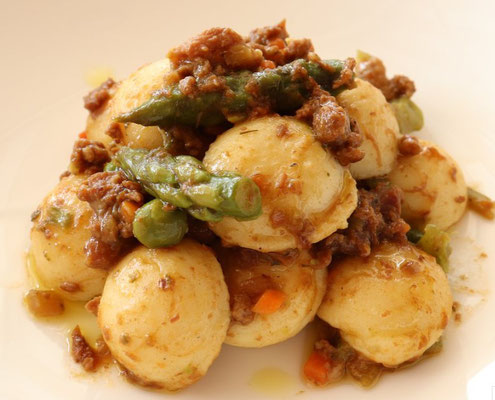 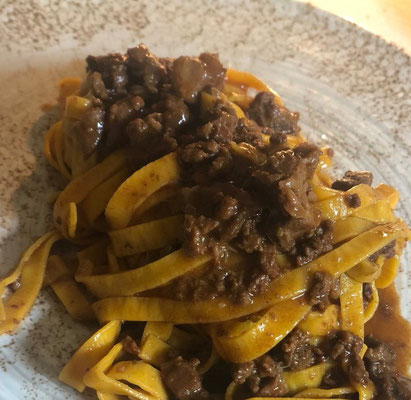 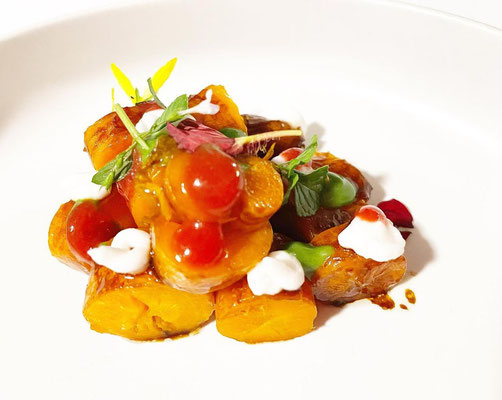 For Antipasti you can choose options of Sibillini Pink Apple Pork and Hibiscus powder;  Red Shrimp and Brain; Roasted Cuttlefish Cream of Cuttlefish, Biscuit of its Liver. And for a first course there is the variety of Gnocchi Without Potatoes With Pigeon Royal; Tortelli with Duck Ragout, Rosemary Broth and Our Honey Oil; Tagliatelle with Barley Coffee with Pork Ears and Chinata; Spaghetti with Cream of Potatoes and Paprika, Tobiko and Aromatic Herbs. For mains you can select between Hen and Gurnard;  Grilled venison fillet and its ragù; Boiled Wood Pigeon and Fermented Chestnuts;  or a vegetarian dish of a composition of carrots, called "La Carotta".