Mantua, is known as the host city for the feast of the sbrisolona which was celebrated last weekend. Surrounded by 3 artificial lakes in the northern Italian region of Lombardy, Mantua is known for the architectural legacy of the Renaissance Gonzaga rulers, who built the Ducal Palace. This imposing building houses the Bridal Chamber, decorated with Andrea Mantegna frescoes. The Gonzagas also built the Te Palace, known for the Chamber of the Giants, where every surface is painted with mythological scenes. It is not only the towers and domes of the skyline that reveal the ancient nobility, but also a cuisine that blends the opulent vision of the Renaissance with a more genuine tradition. Famous dishes are the agnoli with meat filling or the caplet 'in bevr'in vin in a dish with boiling broth that every diner cools with negàr in d'l'acqua scura, or rather with the addition of red wine. 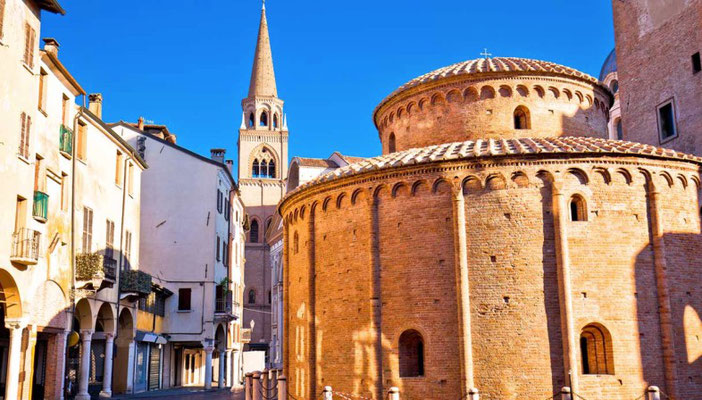 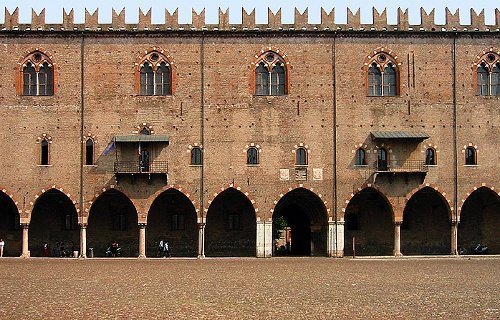 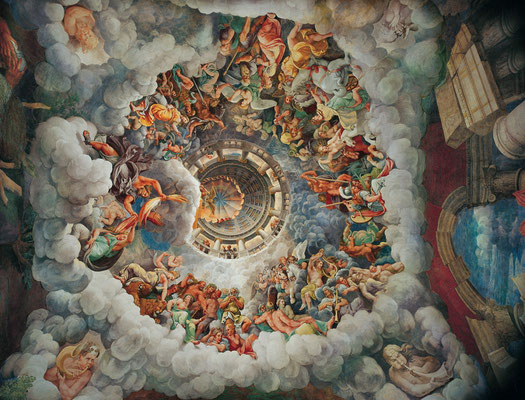 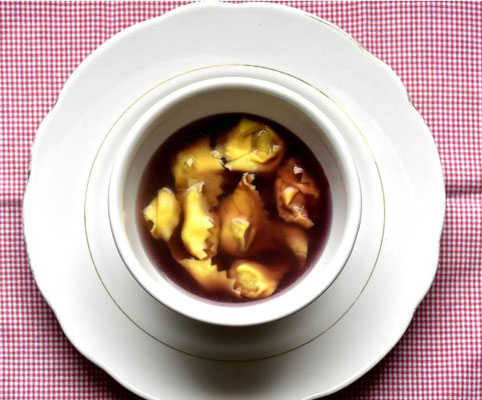 Pumpkin played a starring role in the Gonzaga's Renaissance cuisine: like the Este family in Ferrara, the dukes of Mantua had always aimed at high gastronomy, hiring the court cook Bartolomeo Sacchi, whose book (De honesta voluptate et valetudine, from 1474) conceptually introduced a sort of gourmet regionality and conditioned the development of kitchens in all European courts. The tortelli recipe appears, obviously after the Colombian travels, in 1584. It features an Italian cuisine with sweet notes that distinguished Renaissance cuisine; which was a refreshing change from the complex highly spiced food of the rich in Medieval Europe.  As well as lake fish recipes, such as that of pike, even present today in restaurants in the region. 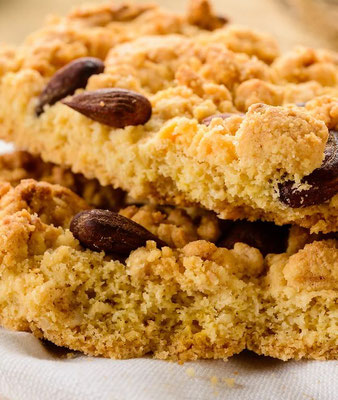 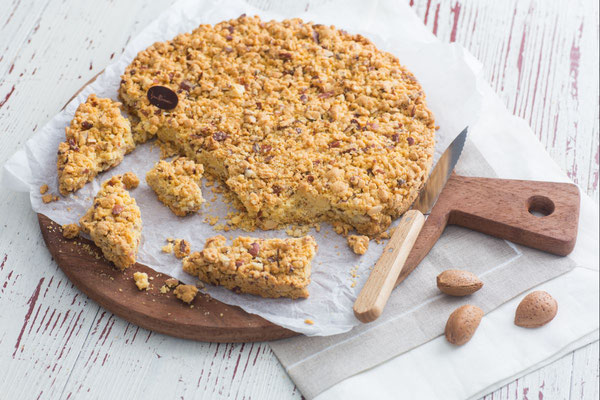 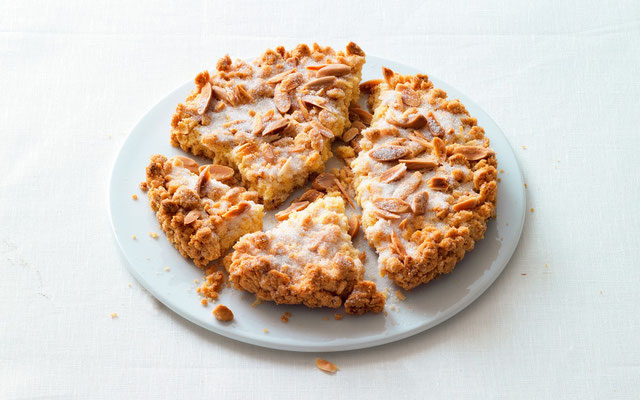 The crumbly Sbrisolona cake of Mantuan origin is claimed to have been created in homage to Christina of Sweden on the occasion of a royal banquet in 1655. But in reality it is a dessert of poor origin, but of great gastronomic interest. The reason for that is that it uses an ingredient from the New World: corn. The name Sbrisolona derives from brìsa, in dialect crumb, to emphasize the consistency of the cake. Originally it was probably made with lard, only walnuts, and without sugar, but already with corn flour. At the Gonzaga court, it was enriched with sugar, spices and almond. It was also called "three cup cake", due to the quantities: one of sugar, one of white flour and one of corn flour.

At Sbrisolona Festival in Mantua last week-end, a record-breaking cake with a size of 16 square meter was prepared. In addition to Sbrisolona, there were also

cured meats on offer, such as Mantuan salami, coppa and pancetta, as well as grèppole and gran pìstà, or pork lard cut with a knife and enriched with garlic, which was served with local focaccia, chiscioela or Felonica's tirot. Pasta also played a large part at the Festival: agnoli and tortelli and other typical specialties, such as minced pasta grated into small pieces. Mantua is a borderland for the passatelli, which from here extends south to the province of Ancona and part of that of Perugia. Particular are the bitter tortelli of Castel Goffredo, characterized by the tone given by the use in the filling of balsamita, or St. Peter's wort: they are consumed with butter and sage. 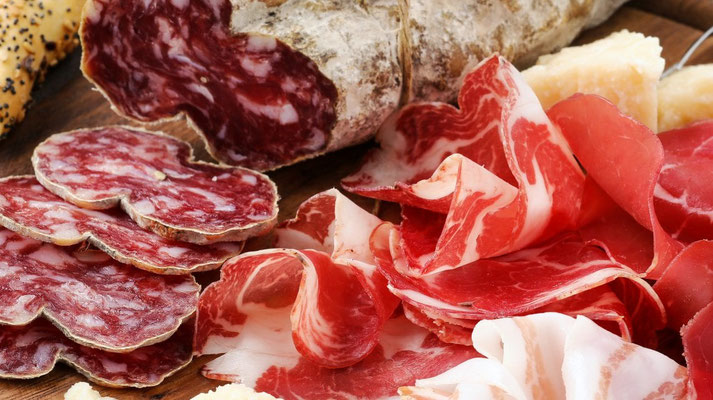 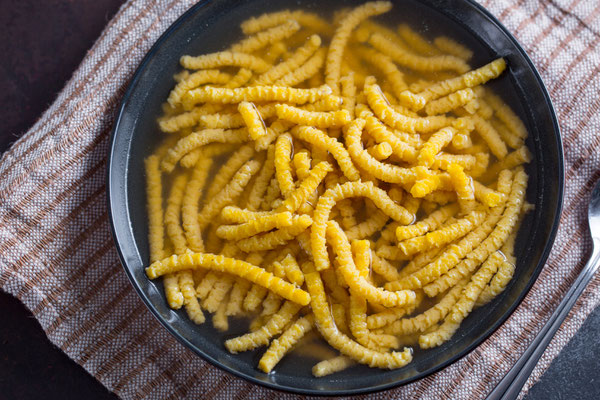 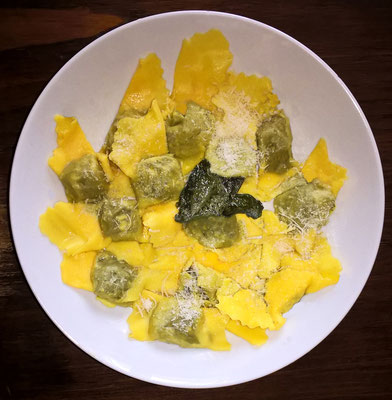