Sorelle Fontana Exhibition in Parma. The Italian Style was born.

Sorelle Fontana Atelier. Three sisters and a great passion for fashion: the Fontana sisters. At Mercanteinfiera a refined exhibition is shown of drawings dedicated to the Sorelle Fontana who made Italian style known abroad with their creations. "The beautiful woman, sheathed in a white satin dress moved at the hips by swollen nineteenth-century folds, was enveloped by the transparent cloud of the bridal veil. Spell of a female portrait of the Italian Renaissance. ” This is how the press described the wedding dress of Linda Christian, the American actress who married Tyrone Power in Rome, in the Basilica of Santa Francesca Romana in January 1949.  This dress would become a symbol of the nascent Italian fashion by the Sorelle Fontana Atelier. , they were the Fontana sisters. Original drawings of the Fontana collection from the archive.  The Mercanteinfiera - of Fiere di Parma dedicated to antiques, design, collections onism and vintage modernism - this exhibition, housed in Pavilion 7, was organized in collaboration with the Research Center and Archive of Communication (CSAC) of the University of Parma and runs until 9th October. 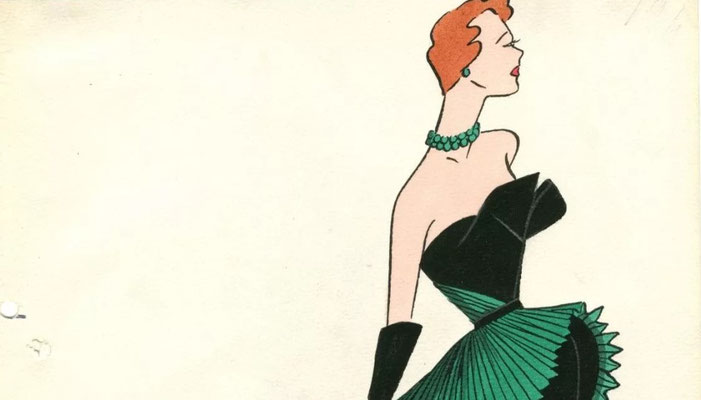 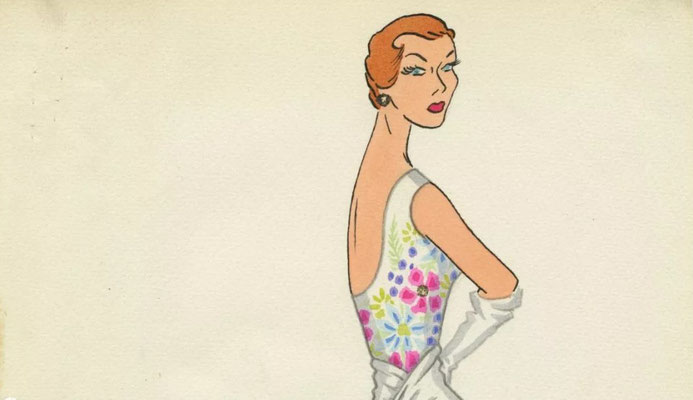 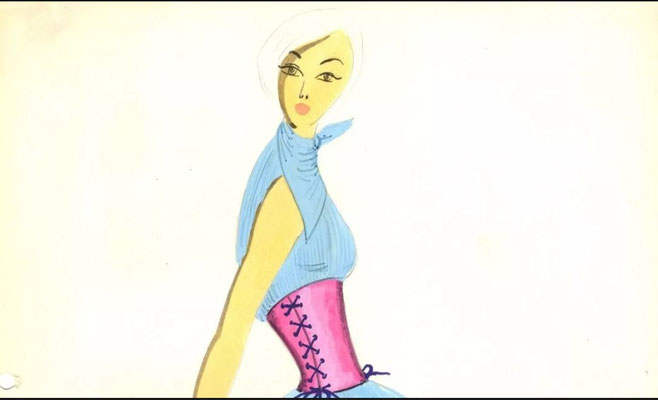 "The idea is to tell the evolution of post-World War II taste through the creativity of these great protagonists of Italian fashion," says Lucia Miodini, head of the Media and Fashion section of CSAC. The itinerary is divided into 16 drawings selected from the over 6,000 preserved in the archive, and illustrates the peculiar characteristics of the nascent Italian style, starting from the link with Hollywood cinema that was expressed especially in Rome in the economic studios of Cinecittà, where the Sisters Fontana managed to gain an enormous reputation; not just due to Linda Christian's wedding dress, but also costumes for Ava Gardner, Liz Taylor and Gina Lollobrigida.

It all began , a small town in the province of Parma in Traversetolo in the early twentieth century. There, in a family that was handed down the craft of seamstress from generation to generation, three sisters were born: Zoe (1911-1978), Micol (1913) and Giovanna Fontana (1915-2004). In 1936 the oldest, Zoe decided to move to Rome, where she began working at Zecca, a well-known tailor's shop. So it was that in 1943 the three sisters opened a small tailor shop with their name. There they began to make independent models from French fashion. “Where is it written”, continues Micol, “that only Chanel, Patou, Mainbocher and Schiaparelli can invent fashion?”. 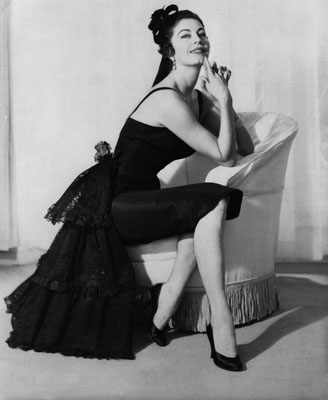 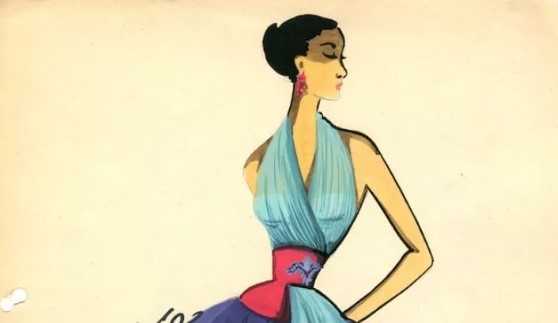 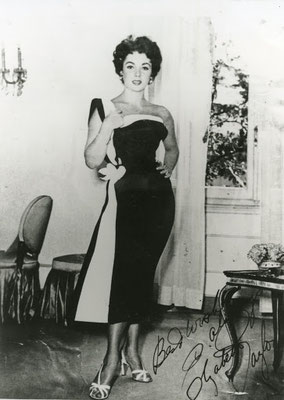 Their atelier became a fixed destination for stars and first ladies passing through the capital from Audrey Hepburn to Jacqueline Kennedy, from Liz Taylor to Ava Gardner. It was 1954 when Irene Brin, brilliant pen of Italian journalism (Bellezza, March 1954), wrote: "The Sorelle Fontana, sweetly diabolical, have the art of always hiding a stone (and diamonds) in their (velvet) sleeves . The fame of the three sisters was such that Luciano Emmer decided to set his film: The girls of Piazza di Spagna (1953) in the laboratories and rehearsal rooms of their atelier.

The Sorelle Fontana Atelier was  the most famous Tailor of Hollywood in Rome. Irene Brin wrote of them: “The Fontana Sisters accepted the three main trends of the moment: high fashion, boutique, ready to wear ”. All elements that contributed to laying the foundations of the Italian style. In 1972, while continuing their production, they withdrew from official haute couture events. After selling the company and the brand to an Italian financial group in 1992, Micol created the Micol Fontana Foundation in 1994.

A two-part television mini-series based on the story of the fashion house, Atelier Fontana – Le sorelle della moda, aired on Rai 1 in 2011.