Marzamemi - the hidden Gem in Sicily

Marzamemi is a small fishing village, located less than 30 minutes by car from Noto, the city famous for being the pearl of the Baroque Sicily. It is a very small village just with a population of 367 people. But because of its picturesque views and sites, it can become a bit overrun in the summer months. It has a long and varied history. The origins of the historic Tonnara of Marzamemi are from ancient times, since around the year 1000 A.D. The Arabs created what would become the most important tonnara of eastern Sicily. The name Marzamemi probably derives from the Arabic "marsa al hamem" which means Turtle Dove Cove. In the 18th century after the Villadorata family bought it; it was suitably enlarged: with the Villadorata family residence,  the fishermen's houses, and the church being built.

The tonnara (where tuna were fished and processed) was the undisputed protagonist of  Marzamemi's past and of the economy of this small village overlooking the sea. It was also the oldest and most important tonnara in all of Sicily. Today this place, which still exudes the smell of fish, is used as a reception room.The first tonnara that was created in Marzamemi dates back to 1500, although it reached its peak in the Bourbon period. In 1630 the old Tuna fishery was sold by the Spanish to the Prince of Villadorata. It is said that at that time even two slaughters were made a day. Unfortunately, this insane practice led to the decimation of tuna in the area and the factory was transformed into a tuna processing factory for a famous Genoese factory. During the Second World War, after an English bombing, the tonnara was completely abandoned. But has since been restored, and is being used for events.

The Loggia degli Scieri, now completely restored, is a magnificent and unique large hall , that was originally used to shelter the large tonnara boats (scieri) that were being dredged directly from the sea. The Loggia is equipped with all the facilities and spaces needed for catering and is an ideal venue for receptions, gala dinners, meetings, conventions, events, weddings etc.

Walking through the alleys of this seaside village, you can admire the fishermen's houses located a stone's throw from the sea. Small, low and made of rock with warm colors, these were humble homes;  no longer inhabited, but are still charming to look at. The most beautiful is undoubtedly “the oven house”, where bread was produced for the whole town. 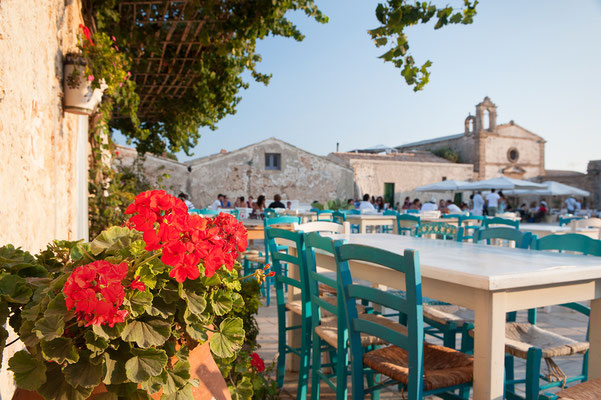 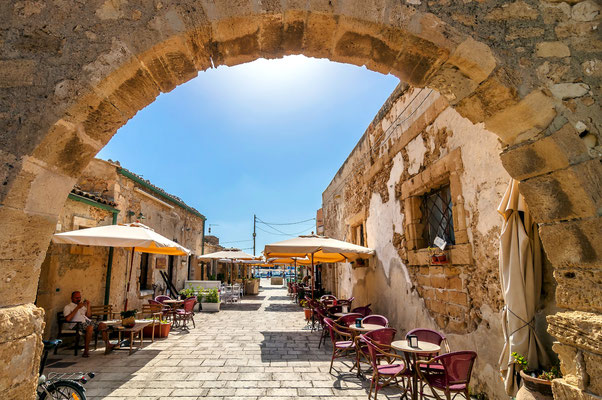 Local products such as cherry tomatoes, swordfish or tuna belly accompany the main dishes of the locals in Marzamemi, along with other Sicilian specialties. Whether it's for an aperitif with some snacks or a dinner, you won't struggle to find places to eat in Piazza Regina Margherita: it's full of them! Colorful restaurant tables adorn its square and this is one of the favorite spots for travelers visiting Marzamemi, so if you want to eat here especially in high season, be sure to book your place well in advance.

It is probably thanks to the large amount of tourists that today this village can still unleash its beauty, its charm steeped in the smell of fish, they look like an open-air museum. During your visit to the village, one thing to do in Marzamemi is definitely to stop for a drink or eat in the nice fish restaurants in the village; such as Nassa Ristorante or Ristorante Campisi.

In the nearby Spinazza beach you will find fine white sand and a turquoise sea. There are a number of bathing establishments, where you can rent an umbrella and sun lounger, or have a coffee.

Given its unique colors and location,  Marzamemi has been a sought after film location. Such as for the  film "Sud" - “South” by director Gabriele Salvadores and released in 1993. In some scenes of the film, it is possible to admire the two small and suggestive islets that emerge from the sea just in front of the town, of which one belongs to a private individual and the other instead called “small island” serves as a marina and is illuminated in the evening.  Among the other films that have been set here, we remember: “The man of the stars”, “Immaturi – La serie”, “Malavoglia” and some scenes from the successful television series Inspector Montalbano. 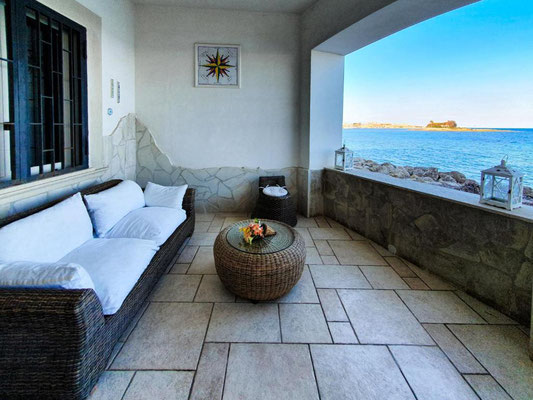 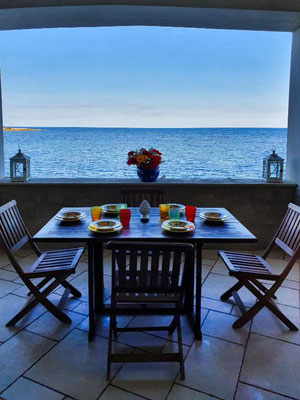 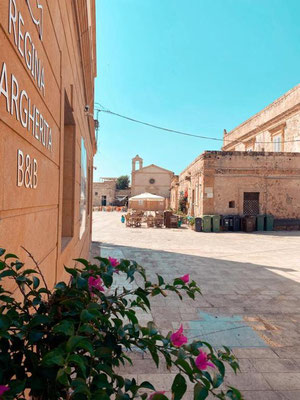 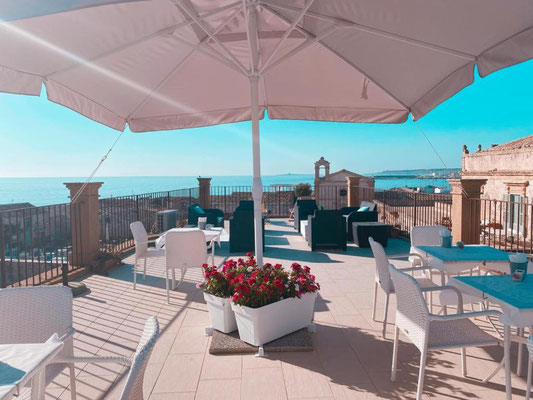 Where to stay in Marzamemi? You can look at renting an entire Villa such as Villa Rosa Dei Venti or stay at a lovely B&B such as Regina Margherita B&B with fabulous views.