Journeys through Ancient Rome - a spectacular show in Rome's Forum Romanum, showcasing a virtual reconstruction of the Forum Augustus and Forum Caesar. Narrated by  Piero Angela and Paco Lanciano, they take you on  a voyage through 2000 years of Rome's history, discovering a magnificent archaeological site, once the centre of city life in ancient Rome, that begins from the still visible marbles of the Forum of Augustus. A captivating reconstruction, rich in scientifically and historically detailed information, situated inside the archaeological site itself. Here, spectators can witness a multi-projection show of lights, images, short films and animation set to a background of music, sound effects and the narration by Piero Angela.  Entry to this show at the Foro di Traiano, next to Trajan's Column. 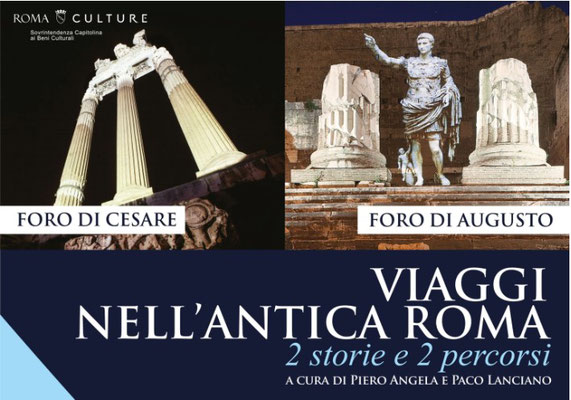 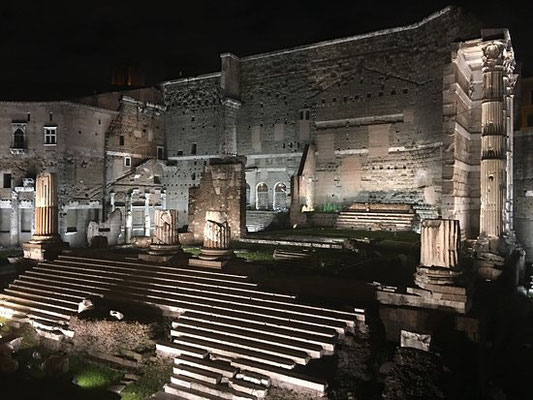 Visitors will have the opportunity to learn the story of the Temple dedicated to Mars the Avenger, constructed by Augustus to honour the memory of his great uncle Julius Caesar, after his assassination. A temple as tall as a 9-storey building that dominated the Forum from which one could access the halls of the Courts. Next to the Temple stood an immense statue of Augustus that was likely almost 12 meters tall, of which only a 1.66 meter-long footprint remains. Behind it, there was a large wall as tall as an 11-storey building constructed without the use of mortar. It has been standing for 2,000 years withstanding many earthquakes, including the earthquake of 1703 when a part of the Coliseum collapsed. This project is part of the celebrations held in honour of the 2000th anniversary of Augustus’ death (19 August 14 A.D.) and of a large effort geared towards the valorization of the Imperial Fora. 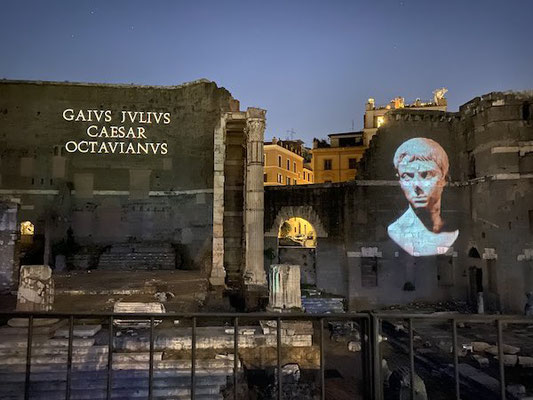 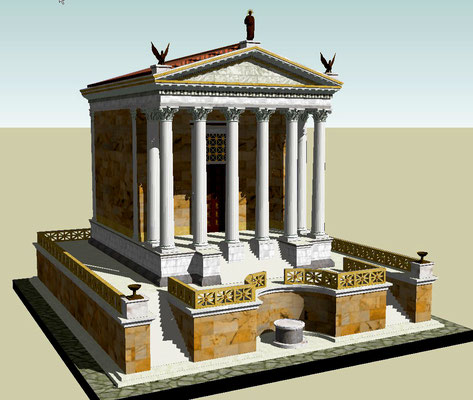 Accompanied by reconstructions and videos, starting from the history of the excavations made for the construction of Via dei Fori Imperiali, when an “army” of 1,500 construction workers were mobilized in an unprecedented work: razing to the ground an entire neighborhood and digging out the area until the level of ancient Rome was reached. Thus the story starts from the remains of the majestic Temple of Venus, built by Julius Caesar after his victory over Pompey, to lead the spectators into the excitement of the daily life in Ancient Rome, when officials, plebeians, militaries, matrons, consuls and senators strolled under the arches of the Forum. Ancient taberne reappear among these colonnades, they were used as offices and shops of the Forum and, among these, of particular interest is the shop of a nummulario, a sort of currency exchange point of the time. There was also a large public toilet of which there are curious remains. 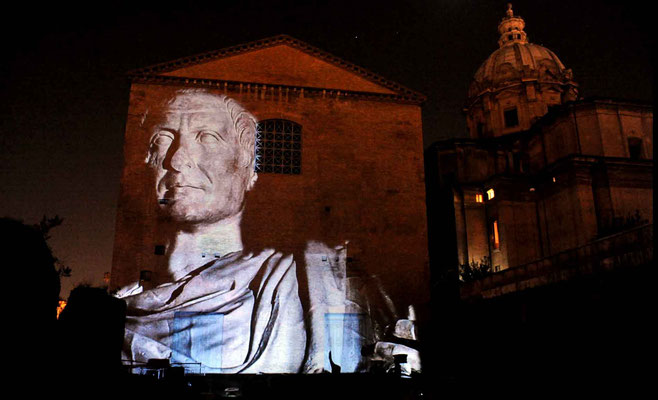 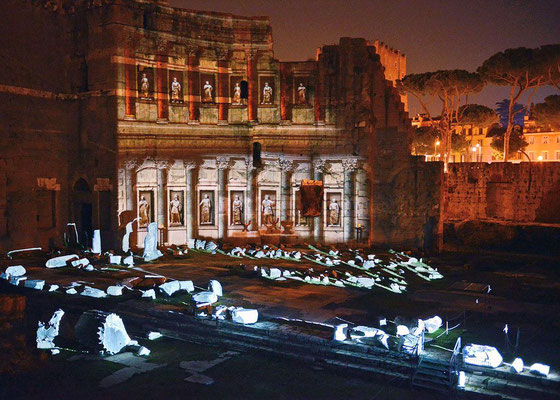 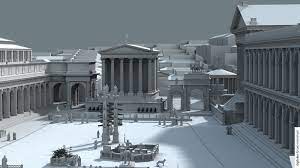 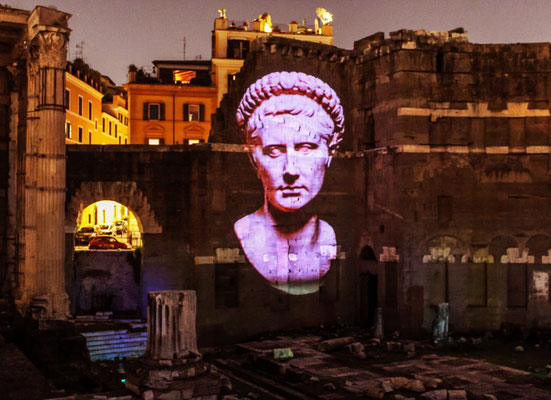 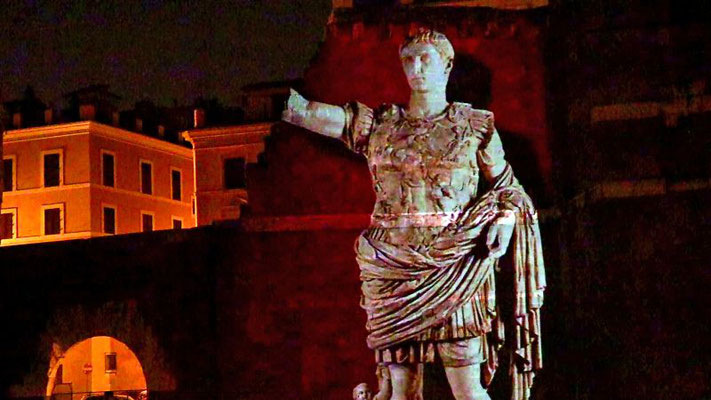 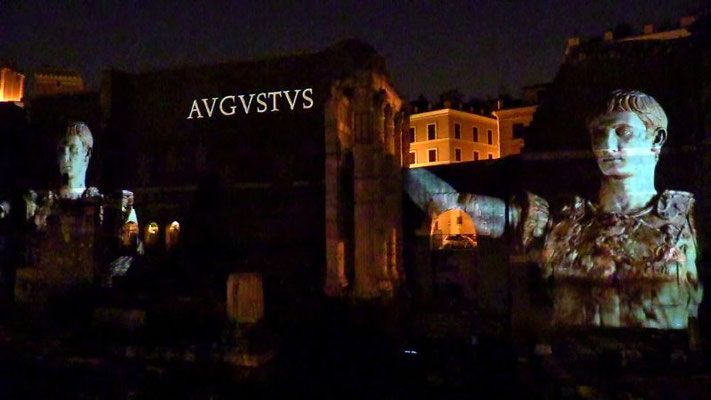 The visit seeks to evoke the role of the Forum in the life of the Romans but also the figure of Julius Caesar. To accomplish this great work, Caesar had to expropriate and demolish an entire neighborhood,  at the total cost of 100 million gold coins, the equivalent of at least 300 million euros. Caesar also wanted that the new headquarters of the Roman Senate, the Curia, was built right next to his court. A building that still exists and that, through a virtual reconstruction, you can review as it appeared at that time. In those years, while the power of Rome grew dramatically, the Senate was very weakened and it was in this situation of internal crisis that Caesar was able to get special and perpetual political power.