The next season of Il Paradiso delle Signore starting on 12 September!

Il paradiso delle signore is an Italian period drama television series on RAI Italian television, and its highly anticipated 7th season is returning on 12 September. The TV Drama is loosely based on the 1883 novel Au bonheur des dames by Emile Zola. The series focuses on the lives of the owner and workers of a department store based in Milan.  The long running drama and most popular series on Rai TV is about a poor girl from the South of Italy coming to Milan to escape an unfaithful fiancé and finds a job as a salesperson for a department store and enters the world of fashion.  She soon gets noticed by the boss.  But, eventually, she finds herself being wooed by two powerful men who can sabotage her career. 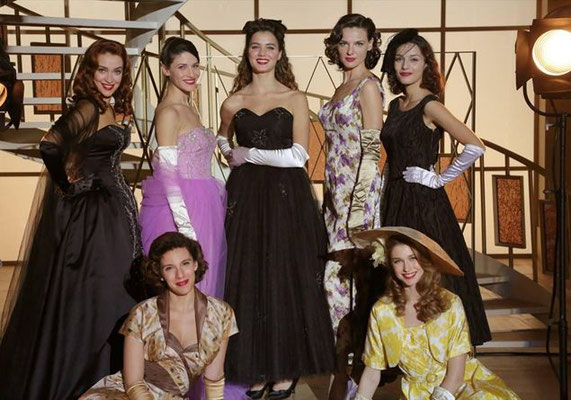