Built between the years 212 and 216 under the direction of Marcus Aurelius Antoninus Augustus, known as Emperor Caracalla, the Baths of Caracalla were one of the greatest and most spectacular thermal complexes in ancient  Rome. Going to the baths was a favourite pastime of the Romans, who visited them regularly both to maintain their hygiene and their networks.  But also dedicate their time to doing exercise, visiting the library, walking through the gardens or worshiping to the god Mithras and other pagan divinities by visiting the temple. Covered with marble and decorated with valued works of art, the Baths of Caracalla were the most sumptuous baths to be built in ancient times. 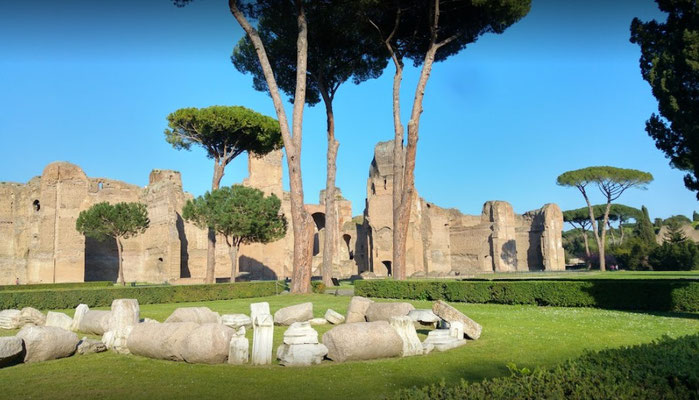 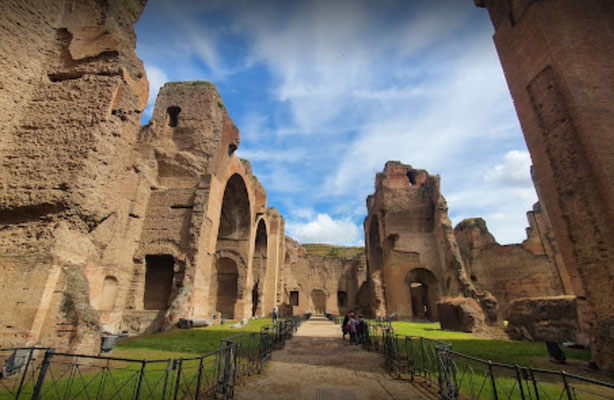 Considering the date of construction, the fact that the baths included effective water supply systems, as well as heating and drainage systems; makes them an architectural wonder. The wood-fired ovens that were fed by the slaves served to heat the floors and walls of the baths, in addition to the water. Historic records mentions a daily capacity of about 6,000 to 8,000 bathers.  A great pre-read or accompanying guide is the book by Marina. Piranomonte, The Baths of Caracalla. The baths were fully functional in the 5th century when they were referred to as one of the seven wonders of Rome. They were in operation until the 530s and then fell into disuse and ruin. 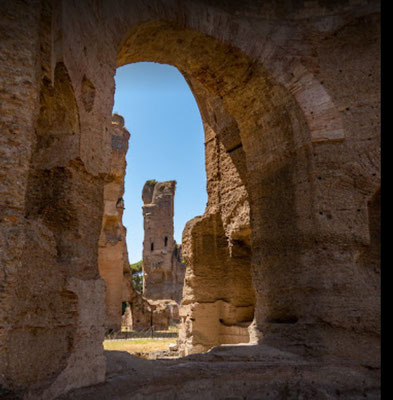 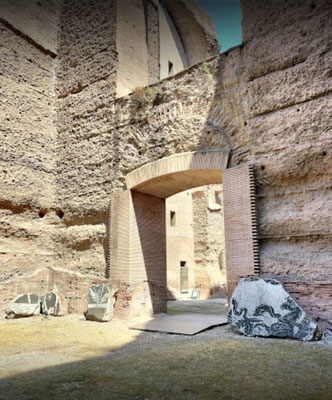 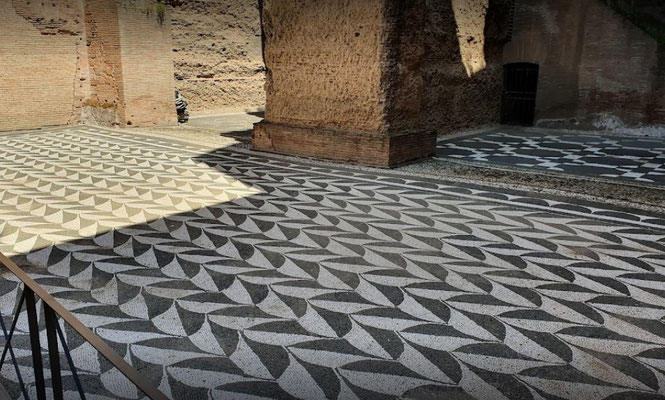 The earthquake of 847 destroyed much of the building, along with many other Roman structures. Visitors will now get to see what existed at the site before the lavish public baths were built: a Roman home with frescoed ceilings and a prayer room paying homage to Roman and Egyptian gods. The two-story home was built around 134 to 138 C.E., in the time of the Roman  emperor Hadrian. These ruins went largely undetected until the mid-19th century, when they were discovered roughly ten yards below the baths. Another century passed before they were excavated, at which point the prayer room and parts of the frescoed dining room ceiling were taken away to be restored. The house which contained the stunning frescoes was once part of a neighborhood that was destroyed to create space for the Baths of Caracalla, inaugurated in 216 AD. The two-storey home, called a domus, was created between 134 and 138, during the time of Emperor Hadrian, and discovered in the 19th century. 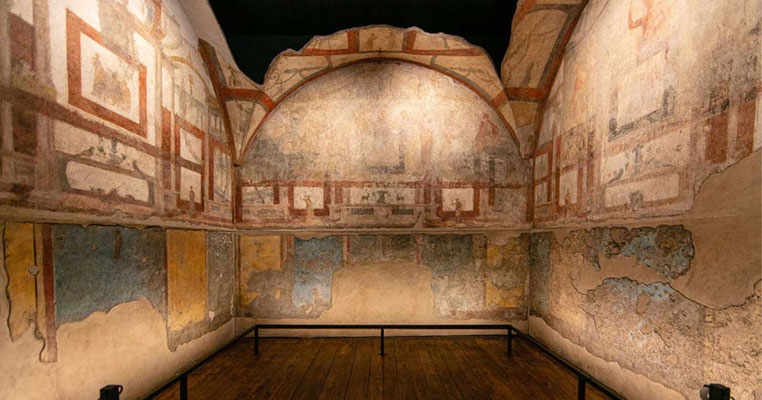 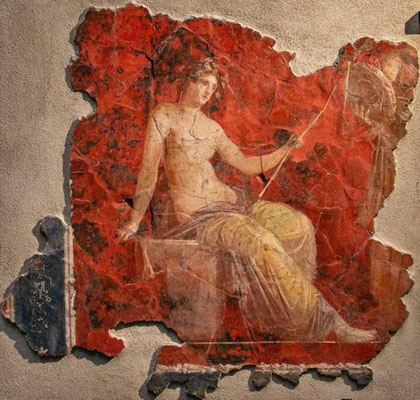 During summers, the baths team up with Teatro dell’opera and use the area to create a special performance for the public. Numerous musicians and singers from across can be seen performing at the Baths of Caracalla, which can be enjoyed thoroughly during evenings. The Baths are in itself a venue that is used for concerts and has been a host to many world-famous artists. During the summer months the Opera of Rome relocates to this extraordinary stage amidst the ruins of ancient Roman baths. Top artists perform in exciting productions at this unique venue; such as the extraordinary Roberto Bolle, famous Etoile and solo dancer of the American Ballet Theatre in New York, returns to the Circo Massimo. There are also opera events for the Barbiere of Seviglia or Carmen. Tickets can be booked under Caracalla Opera Festival 2022.

Dinner before or afterwards at restaurants nearby, such as VI&MI Aventino or Apuleius sull'Aventino.