Portofino - one of the most desirable destinations in Italy. This time selected to celebrate the latest launch of its annual Dioriviera beach collection, Dior is taking over a portion of one of Italy’s most exclusive beach clubs, the Bagni Fiore near Portofino. Located in the bay of Paraggi, this is an iconic locale which has hosted celebrities including Brigitte Bardot, Elizabeth Taylor and Maria Callas. The bar and the lounge, including beach cabins have been tailored with fabrics and coverings of a leaf-green version of its famous signature toile de Jouy pattern. In addition, a Pop-up Dior spa has been set up at water’s edge, a service that will also be available in gazebos installed in the gardens of the Splendido hotel in Portofino. The season has started; so the beach club and spa are open, as well as the temporary Dior resort store in Paraggi selling ready-to-wear, bags, shoes and seasonal accessories. 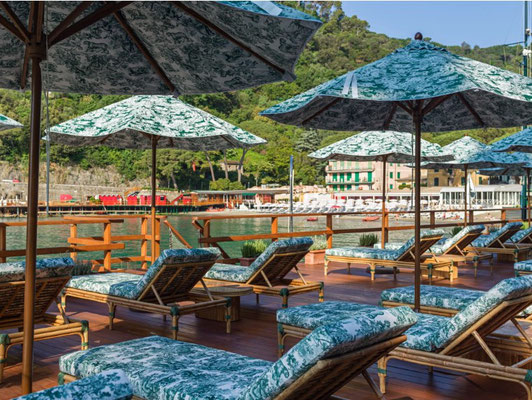 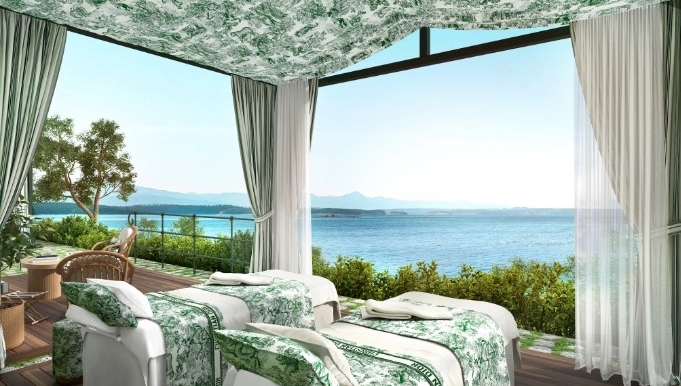 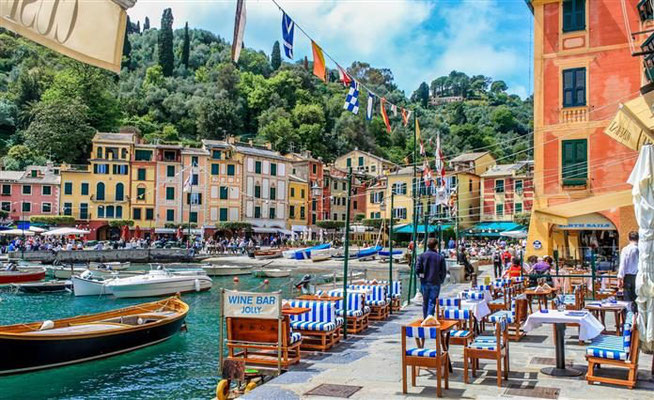 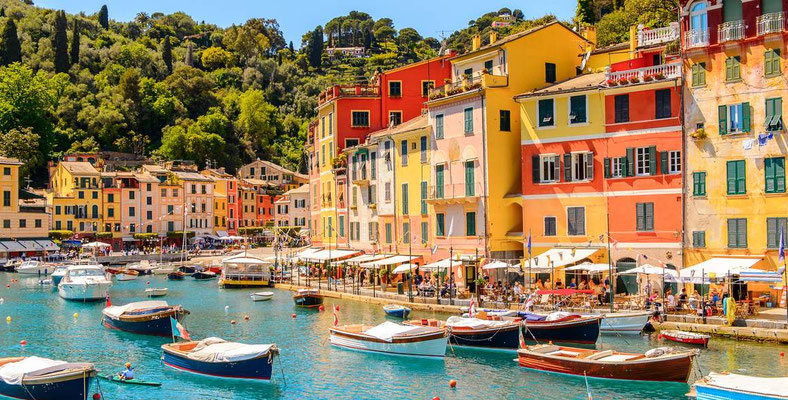 The brand’s Escale à Portofino fragrance will be available in a limited edition featuring green toile de Jouy packaging, sold at the Splendido Hotel, in selected stores in France and Italy, and online.

Another example of the desire to increase synergies between the French fashion house and parent company LVMH Moët Hennessy Louis Vuitton’s hospitality division, which operates the Bagni Fiore and owns the Splendido through its luxury travel operator Belmond. Bagni Fiore was acquired last year by Gruppo Langosteria, which runs a restaurant on the premises. Last year, Dior opened its first Dioriviera winter pop-up at the LVMH-owned Cheval Blanc hotel in St. Barths, taking over the bar and pool of the La Cabane restaurant, as well as an Ocean Suite with a private terrace and pool.

Bagni Fiore - the most exclusive Beach Club in Portofino. Brigitte Bardot. Maria Callas. Elizabeth Taylor. We’ve lost count of the Hollywood icons that have graced the sandy shores of Bagni Fiore. Nestled in Paraggi and framed by crystal blue water, the bay is off limits to boats, allowing guests to luxuriate in total tranquility. Combining historic charm with a touch of exclusivity, this is where landscape and service combine to heady, sun-splashed effect. Combined with the Langosteria; a restaurant pieds-dans-l’eau, located in the famous Bagni Fiore resort -  with a breath-taking panorama. Stylish setting - a restaurant and beach bar, from the first coffee of the morning to dinner on the sea-front… all in Langosteria style. 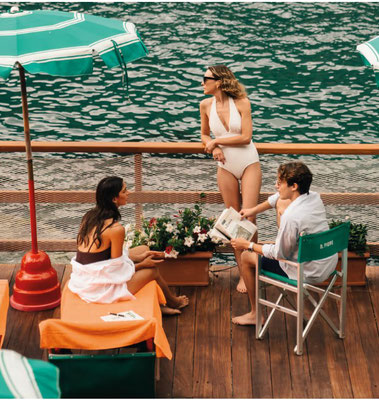 Enjoy their special cocktail - DOLCE ESTATE made with Ketel One Vodka, Campari, salted honey, grapefruit soda.  Enjoy an entrée of Red prawns ~ Marinated endive and mimolette; followed by Mullet bottarga -Tagliatelle with raw seafood and bottarga or Frittura Langosteria with prawns , langoustines, squid. Accompanied by a glass of the local Vino dei Coppelli. 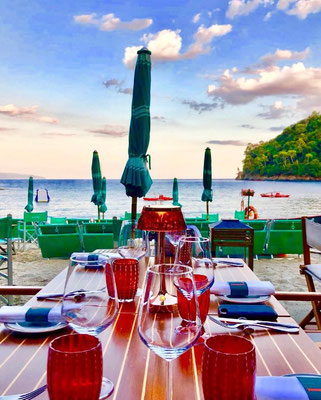 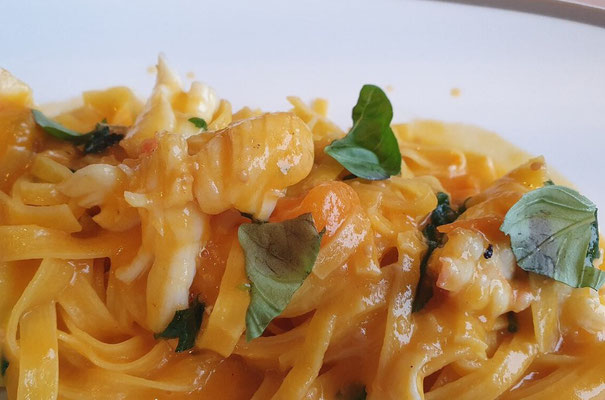 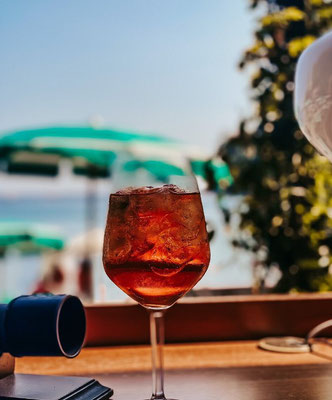