To continue with celebrating Eurovision 2022 hosted by Turin; let us have a look at 3 typical dishes for Turin. The typical dishes of Turin are substantial and elaborate. The variety of dishes that traditional Piedmont's cuisine offers to the world is due to the fact that the humblest peasant tradition was enriched with noble flavours and ingredients, in the time when the royal family of Savoy settled in the city. Famous dishes include Vitello Tonnato, Agnolotti del Plin and Bagna Cauda. 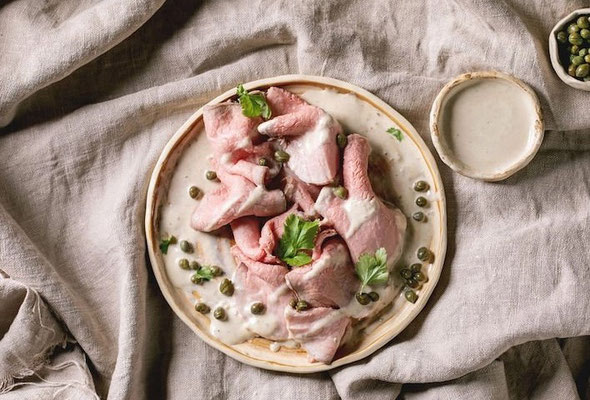 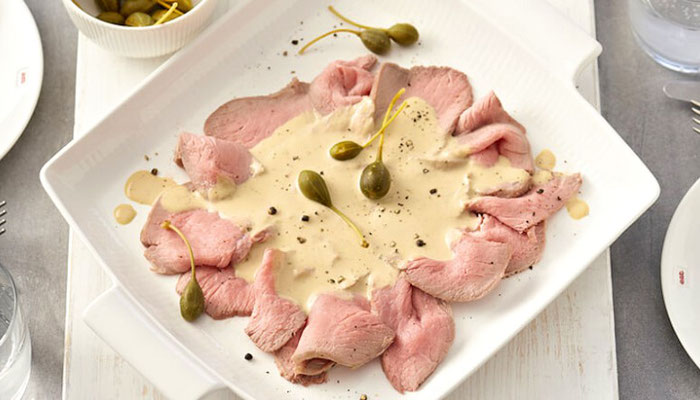 Vitel tonnè, as it is also called, is a very delicate traditional Turin dish that is served cold. The Piedmonts' one requires it to be prepared with a special cut of fassone meat marinated in white wine and herbs, then boiled and cut into thin slices. The slices are placed on the plate and covered with a tuna sauce (made from mayonnaise, capers, tuna and other spices).

In a saucepan, brown the carrot, celery, diced onion with the butter and 2 tablespoons of oil. Add the meat, brown it, season with salt and pepper, and add the white wine. Let it evaporate, cover and continue cooking over low heat for about an hour and a half. Separately, put the drained tuna, anchovies, capers, celery, carrot and onion removed from the cooking juices of the meat (once cooked), the egg yolks, a drop of lemon in the blender. In the meantime, blend and add a few tablespoons of extra virgin olive oil. Take the meat, cut it into slices and cover it with the sauce. Grazie a Cibo Vagare! 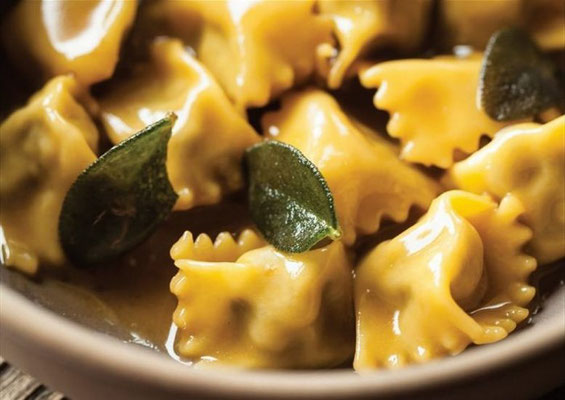 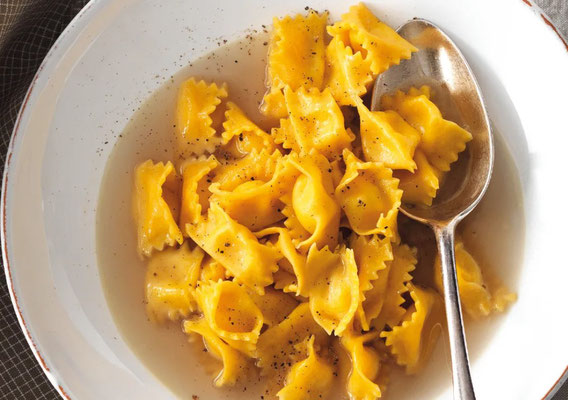 Among the typical dishes of Turin we find the Piedmonts agnolotti, stuffed pasta. The filling is enclosed in a square-shaped cut-out of pasta, but the Piedmonts' agnolotti is distinguished from other stuffed pasta specialties for the use of roast meat. Also famous are the small and rectangular agnolotti del plin, which are the protagonists of four traditional recipes: with roast meat sauce, butter and sage, Piedmonts' meat sauce or made in meat broth.

For the filling you need:

Let's start with the fresh pasta: mix the flour with the egg yolks and let everything rest in the refrigerator for about 30 minutes. After that, you have to cut the meat into small pieces and the julienne onion.

Then, you have to pass the meat in the flour and remove the excess with a sieve. In the meantime, heat a drizzle of oil in a saucepan to brown the meat. Once the meat is well browned, add the onion and deglaze with the red wine.

Allow the alcohol in the wine to evaporate and continue cooking with the broth. Once the meat is cooked, add the brains and turn off the heat.

At this point, the meat should be well cooked and the liquid restricted. Now you can proceed with the actual preparation of the filling. Let's start by finely grinding the meat and season everything with Parmesan cheese, salt and pepper. Let's proceed with the creation of the plin. We roll out the strips of fresh pasta very thin and about 5 centimetres wide. Then, we arrange small portions of filling, separating them by about 1.5 centimetres. As a last step, you need to fold and cut the pasta with a striped washer to give the typical shape of agnolotti del plin.

Finally, boil the plins in boiling water, drain them and season them with the butter and a little brown stock.

The agnolotti del plin are ready! 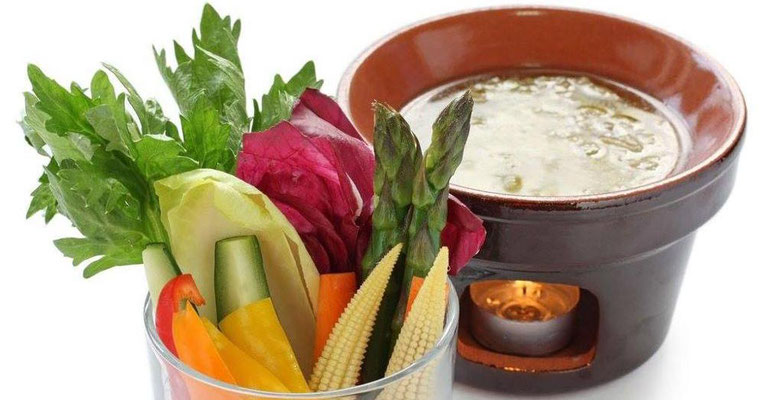 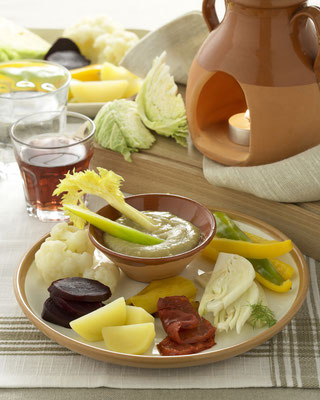 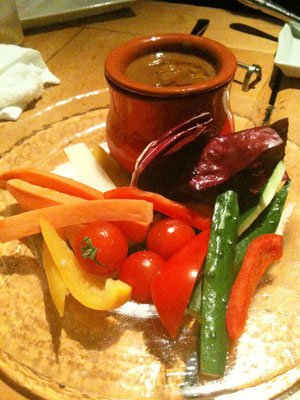 Bagna Cauda is a typical dish of Turin that is eaten mainly in autumn and winter. It is a sauce based on garlic, oil and anchovies with a long preparation. Generally it goes well with various types of seasonal vegetables, accompanied by a full-bodied red wine such as a Barbera or Nebbiolo. Different types of vegetables are seasoned, raw or cooked, and dipped in a very tasty sauce, called pinzimonio which is a real culinary ritual, while the diners crowd around the traditional terracotta fojòt.

Peel a handful of garlic cloves and remove the core. Using the crescent, mince the garlic cloves together with a handful of anchovies in oil until a homogeneous mixture is obtained. Put the mixture in a saucepan with plenty of extra virgin olive oil. Cook over a very low heat (excessive temperatures would cause rapid deterioration of the ingredients) and, when the garlic and anchovies tend to form a liquid amalgam, pour the contents of the saucepan into the special earthenware container called fojòt, under which it will be place a small stove to keep the sauce warm.

The sauce is consumed by simply dipping raw vegetables cut into slices, or leaving them immersed for a time that varies according to taste.

The choice is quite wide, but there are some traditionally famous and advisable vegetables, such as (in order of importance) thistle, Jerusalem artichoke, peppers, radishes, savoy cabbage, turnip.