25 years without Marcello Mastroianni, the icon of Italian cinema. The actor was one of the best known and most appreciated Italian actors in the world. Among his masterpieces were the films which  paired him with Sophia Loren and  his leading roles for Fellini. Talent and charm. And above all, he was a star who refused to be one. Marcello Mastroianni disappeared 25 years ago in Paris at the age of 72. Fellini's favourite actor, interpreter of 160 films during a very long career in which he worked with the greatest Italian directors, from Scola to Germi via De Sica, Monicelli, Risi, Antonioni, Ferreri, giving us cult interpretations as in "La dolce vita "," I soliti ignoti "," Italian divorce "," 8 ½ ".  Yet he never wanted to learn English. Very classic and experimenter, shy and friend of the people, anti-hero and joker, melodramatic and comic, loved by the most popular and the most intellectual cinema, Mastroianni was a commoner who moved like an aristocrat. They say about him that he didn't read the scripts, but when he entered the scene he seemed to have rehearsed hundreds of times. 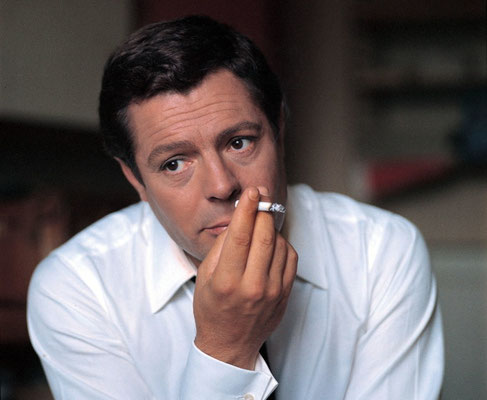 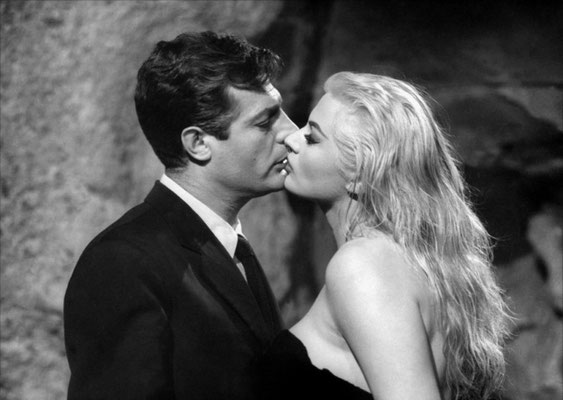 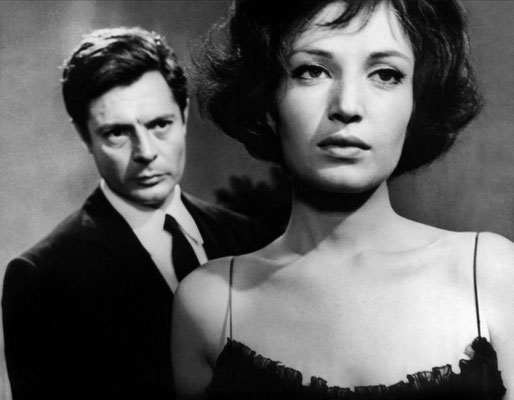 His magical period in cinema coincided with that of Italy's boom, the decade from 1957 to 1967. With Ponti and Loren he was the pillar of the Italian cinema industry, which in those years was imposing in the world. It was thanks to him that in those years Italy became de-provincial and it was thanks to him that the image of Italian in the world passed from "pizza and mandolin" to "Italian style". His cinema is probably the greatest Italian contribution to a historical period still today unsurpassed for tension, freedom and intelligence. 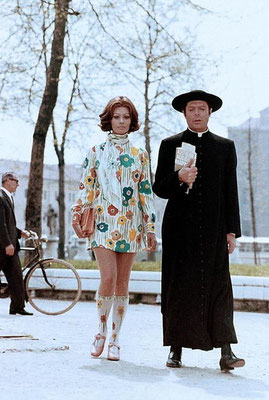 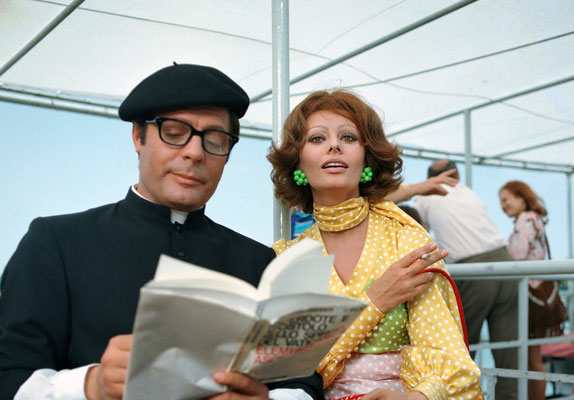 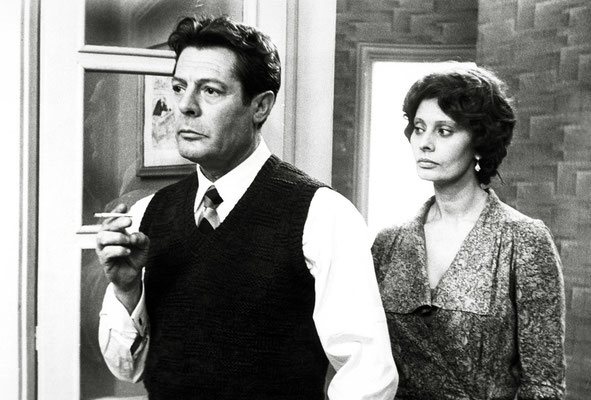 His partnership with Sophia Loren -  a long artistic partnership that lasted thirty years. The two starred together in 14 films. It starts from "Hearts on the sea", "Our times", "Too bad it's a rogue". Then come "The beautiful miller", "The luck of being a woman", "Yesterday, today, tomorrow" (1964), Oscar for best foreign film, which went down in history for the famous Loren striptease scene, then ironically repeated by the two , thirty years later, in Robert Altman's "Pret-à-Portèr". Followed by "Matrimonio all'italiana", taken from Eduardo De Filippo's comedy "Filumena Marturano", "The sunflowers", "The priest's wife", the noir "La pupa del gangster". In 1977, it was the turn of Scola's "A special day".The film that made Mastroianni an international star was undoubtedly "La Dolce Vita" by Fellini (1959), a film with which the latin lover label was born. He didn't like being called that and he never wanted to get used to the definition, despite an out of the ordinary charm and a long list of romantic relationships. "I'm not beautiful and I've never been. I have an ordinary, anonymous face, even a bit of a bore'', he said of himself.