Sophia Loren and Gregory Peck, both Hollywood Stars, starred in the stylish thriller Arabesque, a film by Stanley Donen, released in 1966. Sensual and beautiful, Sophia Loren with her cat like looks attracts-- as always-- all eyes, as well as her wardrobe, tailor-made for the movie by Yves Saint Laurent and Marc Bohan for Dior. Featuring a pink dress with ruffles, an emerald coat, and an ultra chic black dress, a gold hooded-Kaftan. It is a pleasure to watch just for its fashion and style displayed by Sophia Loren in this irresistible thriller.

Her look for this movie made her look most stunning; and the pairing of Gregory Peck and Sophia Loren did add to the appeal. Beautifully staged action scenes and some sparkling dialogue, and what you have is one of the wittiest and most exciting spy spectacles of the sixties. Underpinned by a fabulous score by Henry Mancini makes the entire movie even more appealing. 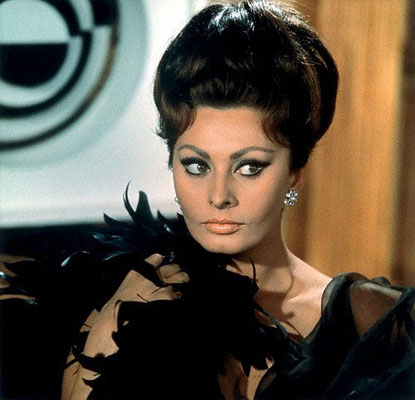 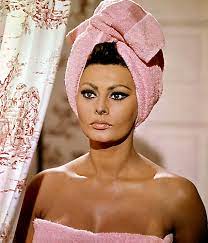 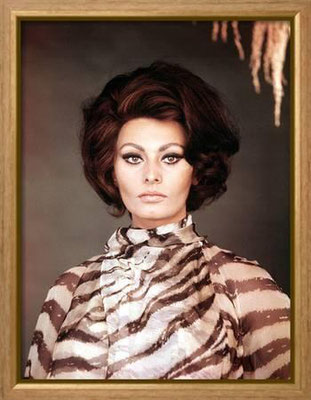 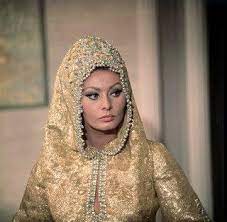 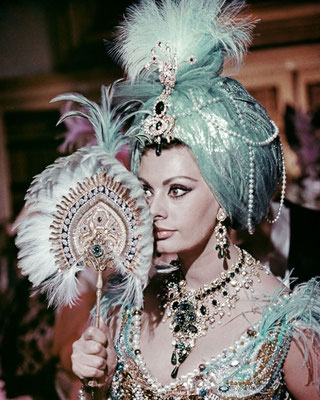 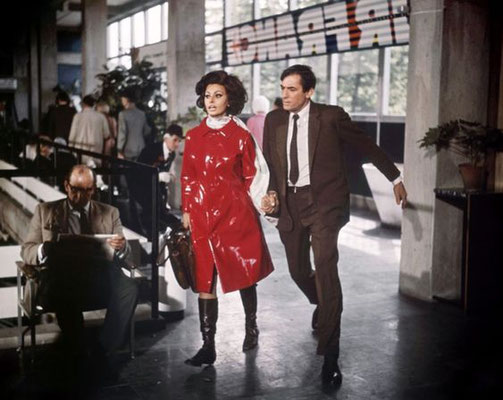