Taleggio - one of the most delicious Italian Cheeses!

Italians are cheese eaters of all sorts, whether they are made with cow or buffalo milk, sheep or goat, fresh or aged: the average per capita consumption per person is 23 kg , placing itself ahead of the French and Dutch and 5th in the world.

Taleggio is a cheese of very ancient origins, prior to the 10th century. Documents dating back to 1200 refer to trade and exchanges of which it was the subject, along with other cheeses. The area of origin is Val Taleggio, from which the name of the cheese derives, in the province of Bergamo. Taleggio is a cheese that is produced from the need to consume milk in excess of production.

This cheese was initially called stracchino, a name given in Lombardi for a very long time, but not only for Taleggio, but all square-shaped semi-fresh soft cheeses. The name of the stracchino derives from a famous dialect expression (strach), which means tired, attributed to the cows that, after a long transhumance, were taken to the plains for a stay in the mountain pastures. Only around the early 1900s, this cheese was renamed Taleggio, when the dairy masters of the upper Bergamo valley felt the need to distinguish their product from that coming from other areas. 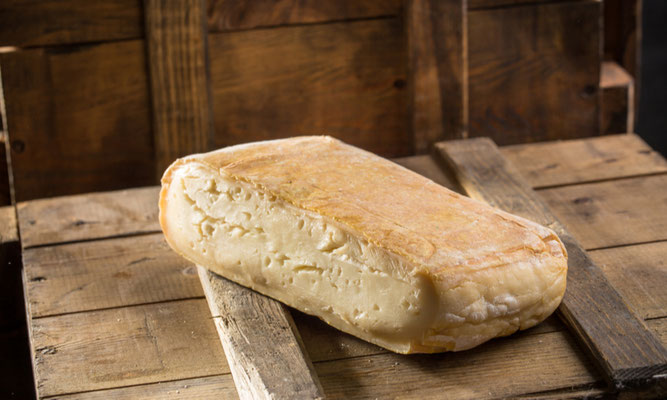 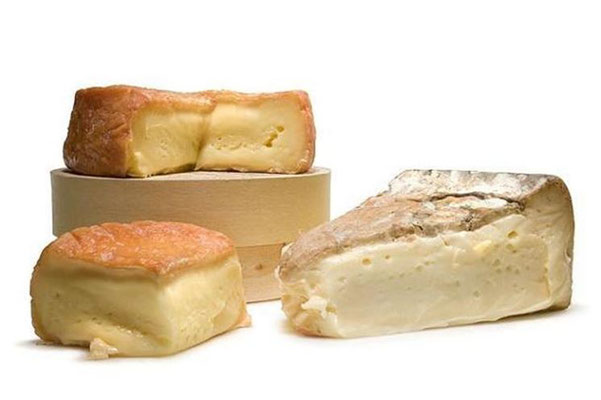 The rind is thin, with a soft consistency and a natural pink color, with the presence of characteristic gray and light sage-green molds. The paste is uniform and compact, softer under the rind and at the end of maturation, more crumbly in the center of the wheel. The color varies from white to straw yellow, with some very small holes. The taste is sweet, with a very slight acidulous vein, slightly aromatic, sometimes with a truffle aftertaste. 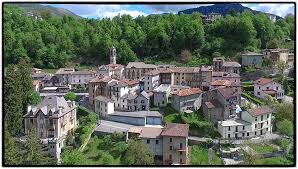 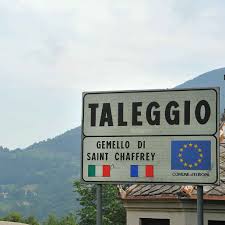 To prepare the Croquettes of Taleggio PDO, apples and walnuts, core the apples and cut them into pieces, leaving the skin behind. Preheat the oven to 180 ° C. Place the apple pieces on a baking sheet lined with parchment paper and cook for 40 minutes.

Once cooked, blend the apples until you get a puree.

Cut the Taleggio PDO into slices of about 2 centimeters and deprive it of the crust. Shell the walnuts and chop them coarsely. Beat the egg, add a pinch of salt. For the double breading: pass the slices of taleggio cheese in the egg, then in the breadcrumbs, then again in the egg and once again in the breadcrumbs. Pour plenty of oil into a pan, heat it and once it has reached the right temperature, fry the slices of taleggio cheese for a few minutes. When the breading is golden brown, the taleggio slices can be considered ready. Arrange the apple puree on each plate, alongside the puree the croquette of Taleggio DOP. Garnish with walnuts and a thin slice of apple. The croquettes of Taleggio Dop, apples and walnuts are a tasty, refined second course and offer an unusual combination of apple puree to try! Grazie a www.saporie.com.

Clean the taleggio cheese and cut it into small pieces, then melt it in hot milk. Soak the isinglass in cold water and add it to the milk, heat it in a saucepan and melt it. Season with salt and pepper. Put the Taleggio PDO flavored milk in the refrigerator and let it rest for at least 2 hours. Roll out the dough quite fine and cut into squares of 12 cm per side, then place a spoonful of Taleggio PDO jelly in the center and close the dough in a triangle. Cook the ravioli for a few minutes in plenty of water, in the meantime melt the butter and flavor it with the marjoram leaves. Drain the ravioli and place them on a serving plate, sprinkle with Parmigiano Reggiano DOP and sprinkle with plenty of melted butter. In addition you can use dried fruit such as walnuts, almonds etc ... to give a crunchy note to the dish.