Val di Zoldo, the Venetian valley that made ice cream known in Europe. The strange case of a "thematic" migration: hundreds of ice cream makers left this area from the 19th century onwards, opening premises in Germany, Spain, France and elsewhere. The origin of the Italian ice cream makers lies in the two small valleys Zoldo and Cadore. For over a hundred years, the majority of the residents have been heading north in the spring to work as ice cream makers in Germany, the Netherlands, Austria or other European countries. The exact origins of the ice cream making tradition in the Zoldo and Cadore valleys are not known, but the reasons for migrating to other European countries to sell ice cream there are not known. “Zoldo was known for making locks and nails. However, when the market for nails collapsed at the end of the 19th century, the valley dwellers moved north. 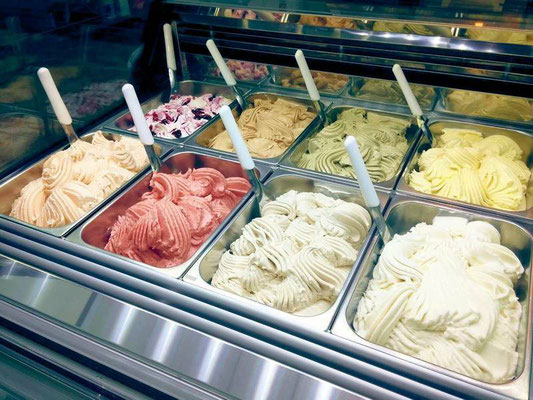 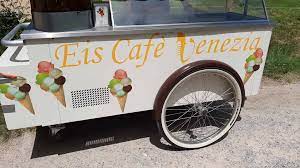 During the first boom in ice cream sales in the 1930s, Mario Fontanella also came to Germany. It was his son Dario who invented spaghetti ice cream in 1969. The ice cream sundae in the look of the typical pasta dishes seems to be the perfect combination of the best that Italian cuisine has to offer. Hardly anyone would suspect the birthplace of this dessert hit in the Rhine-Neckar metropolis of Mannheim, of all places. But that's exactly where Dario Fontanella came up with the idea in 1969 to press vanilla ice cream through a spaetzle press and garnish with pureed strawberries and grated white chocolate.

The ice cream maker, who was born in Mannheim, actually wanted to offer the pressed ice cream in the colors of the Italian flag. It was only his father who pointed out to him that the product was reminiscent of Italy's most popular type of pasta - the spaghetti ice cream was born. And father Mario understood the trade: he had already come to Mannheim from Conegliano, Italy, in the 1930s to introduce the Germans to the art of ice cream. His innovative son Dario continues the legacy today. However, he did not get rich with his spaghetti ice cream invention, because he never applied for a patent.