Torrid new historical drama series, Domina sees Ancient Rome through the eyes of the scheming women behind the emperors. The new Sky drama "Domina" explores views held by women during the Roman Empire. Set in 43BC, the eight-part series follows Livia Drusilla played by Kasia Smutniak. Wife of first Roman emperor Gaius Octavius, later known as Augustus Caesar. Historical drama was filmed in Rome to capture ancient architectural splendor. It’s a political drama, but told from the point of view of the wives, daughters, mothers, sisters and mistresses at a time when policy came to be made in the bedroom and not the Senate,’ says the show’s creator and writer Simon Burke. 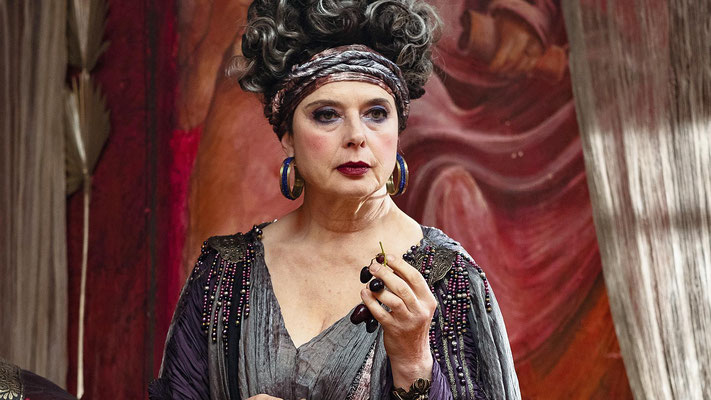 Isabella Rossellini plays the role of a brothel boss in ancient Rome. Although she has not accepted many roles recently, the fact that this role was shot in Rome in the Cinecittà studios. For her, it was a bit like returning home. Rome is her native city, and she has all of her relatives still in Rome. Her brother lives there, as well as various cousins, nieces and nephews. Her scenes for "Domina" were shot before Corona, meanwhile she hasn't been to Italy for more than a year and a half.