Once just one stop on the way to Rome, today San Gimignano is one of the most popular tourist destinations in Tuscany. The medieval town has been a UNESCO World Heritage Site since 1990. The skyline of the Tuscan town with its 14 towers is unusual.  The "Manhattan of the Middle Ages" is framed by natural stone houses under brown tile roofs and a meter-thick protective wall from the 11th century. When towers began to be built in Tuscany in the early Middle Ages, the local patricians were concerned on the one hand with their protection, but more on their prestige. Because with the height of a family's tower, which was often gradually increased over generations, so did the prestige of the respective noble family - which is why the skyward-reaching buildings are also called gender towers. They were often attached to palazzi that served as a residence in peacetime. 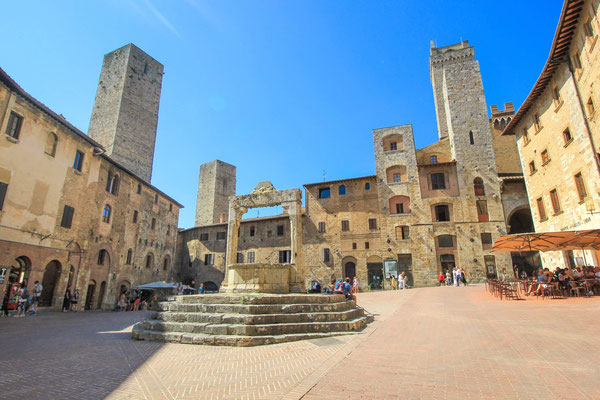 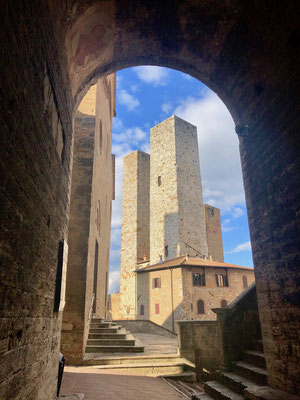 Over 70 up to 54 meters high towers once stood in San Gimignano in the 13th and 14th centuries. Located 50 kilometers south of Florence, it was a flourishing market town and a stopover for pilgrims who wanted to come to Rome from Northern Europe. Because the Via Francigena, the Frankenstrasse, ran right through the city center. This is how hostels, inns and hospitals sprang up all along the way back in medieval times.

San Gimignano peak time lasted from the 12th to the middle of the 14th century, when the town had to submit to Florence after a wave of plague and subsequent famines. San Gimignano became impoverished, many towers fell into disrepair or were capped, the place gradually sank into insignificance. Until the architectural peculiarity of the picturesque town was rediscovered at the end of the 19th century and it began to be advertised as part of the Grand Tour - as the obligatory trip to Italy for the sons of European nobility and upper middle class was called at the time.

Another source of income for the city, besides tourism, is the cultivation of olives, saffron - and  Vernaccia. The famous white wine was the first Italian grape variety to receive the status of “Denominazione di origine controllata” in 1966, a title for controlled wines from precisely defined growing areas. The "Vernaccia di San Gimignano" is strictly limited to a few thousand bottles per year.

Not sure where to stay in San Gimignano. Why not stay at an Albergo Diffuso, such as the  B&B San Gimignano Diffuso which is located in a picturesque setting, surrounded by the Tuscan countryside , and has a choice of several historic buildings, located in the countryside and in the historic center, just a few minutes away from each other. Rooms and apartments boast lovely views of the medieval towers and the panorama. Two different structures are available: B&B Ponte a Nappo located in the valley in front of the town, 900 meters from the walls of Porta San Giovanni and the Busini Rossi Carla Holiday which groups B&B Palazzo Tortoli located in the heart of Piazza Cisterna and the other structures of the historic center which are found in the enchanting streets of the medieval village. 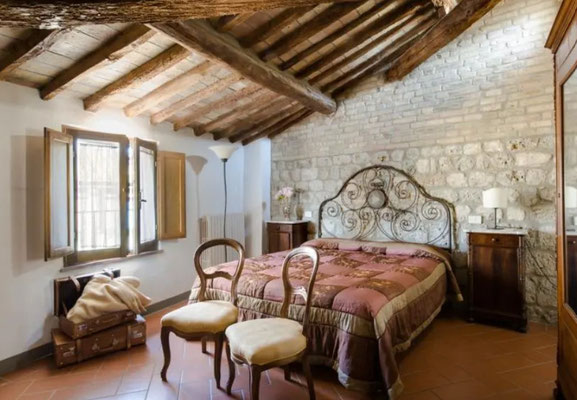 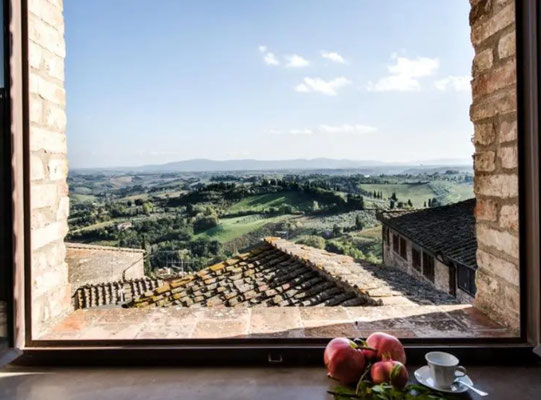 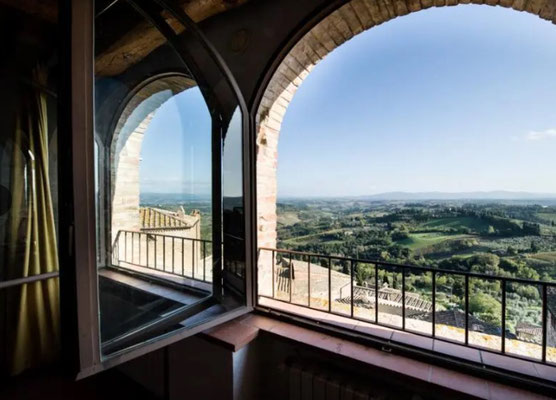 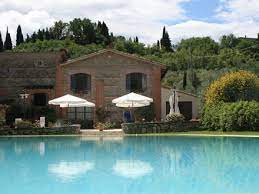