Miglaccio Praiano, a great coastal dish at carnival from the Amalfi Coast 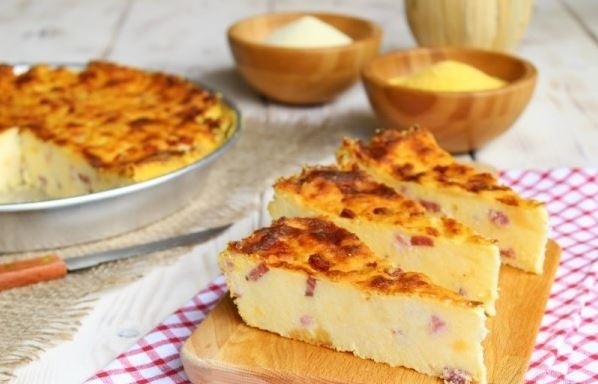 The Migliaccio Praianese:  the typical Carnival dish of the Amalfi Coast. Miglaccio is a simple and tasty dish, typical of the traditional cuisine of Campania and the Amalfi Coast, with very ancient origins. The main ingredient is, as the name implies, millet: it is a kind of baked or simply fried polenta and represents the main dish of Carnival - of the savory options. in the sweet and savory variants. The name derives from the ingredient of the original recipe, millet flour , which today is replaced with semolina. Milleccio is a poor dish that traces the aromas and flavors of the past: many shapes of pasta, cheeses, sausage and lard to obtain an explosion of taste.

Milleccio has medieval origins : the word derives from the Latin miliaccium.

Respecting the sources, let's say right away that the recipe is taken from the book by Giovanni Scala, a lover of the history, art and traditions of Praiano.

Ingredients :   400 grams of long ziti, 200 grams of mafaldine or trenette, 100 grams of semolone, 3 tablespoons of lard, 6 eggs, 600 grams of mozzarella or provola from Agerola or fresh caciocavallo from the Lattari Mountains, 200 grams of sheep's milk caciotta or grated pecorino, 600 gr of smoked sausage; pepper, cinnamon and salt to taste

Put a pot on with five liters of water, add salt, and while waiting for it to boil, beat the six eggs in a bowl, with the grated cheese, a little pepper and cinnamon. Mix well. When the water is boiling, add the pasta. Halfway through cooking, drain part of the water, leaving just enough to allow the semolina to be absorbed and cooked (which must be poured slowly to avoid the formation of lumps), adding a spoonful of lard. It is essential to mix well with a wooden ladle. Once cooked, turn off the heat and, when the boil is over, pour the contents of the bowl (the one with beaten eggs, grated cheese and spices) into the pot. Stir everything for a minute.

Meanwhile prepare a large pan, the ones with a non-stick coating. Grease the bottom and the inner wall with the lard. Then pour in half of the dough, smoothing it well. Arrange on top of the slices of mozzarella or caciocavallo or provola cheese, the crumbled sausage, a handful of pecorino and cover it all with the other half of the pasta, smoothing it evenly. Then put the pan on low heat and fry on both sides, so that a uniform golden crust is formed. The milleccio, thus prepared, will have to rest for a while before being brought to the table, obviously cut into wedges. Buon Appetito!