Greta Ferro is the absolute star  of “Made in Italy”. The model and actress plays Irene Mastrangelo in the new Mediaset series. Anyone looking for quality clothing today knows to look for the “Made in Italy” label. And now the story behind the label is getting the serial treatment in a new television series, co-produced by Taodue Film and The Family. The new production conceived by Camilla Nesbitt and written by Laura and Luisa Cotta Ramosino.   Greta Ferro plays a role, which was inspired by Franca Sozzani, who dreams of the world of journalism and finds herself working in the editorial office of “Appeal”. Followed by the editor-in-chief of the magazine, Irene begins to move among the fashionable circles of Milan, discovering all the secrets of that glittering world. Along Ferro, there are great faces of Italian Cinema such as Margherita Buy, Marco Bocci, Eva Riccobono, Fiammetta Cicogna, Maurizio Lastrico, Giuseppe Cederna, Sergio Albelli, Valentina Carnelutti and guest stars such as Raoul Bova (in the role of Giorgio Armani). 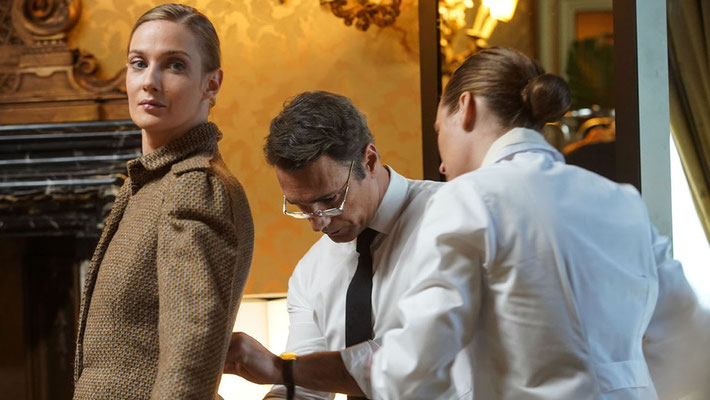 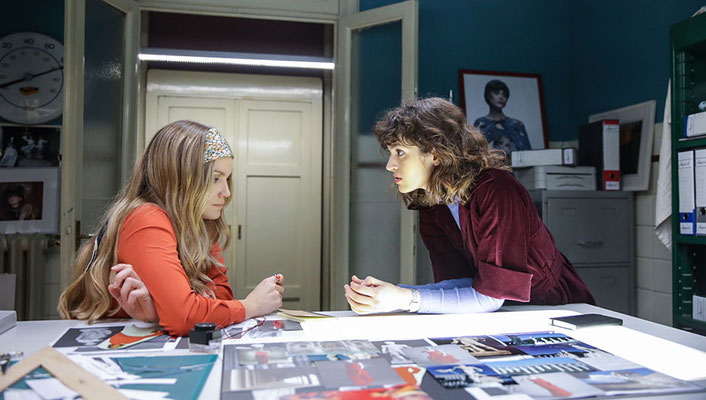 Italy became a key player in the '50s and '60s as celebrities from Jackie Kennedy to Audrey Hepburn sought out bespoke work from Gucci and Valentino. But it wasn’t until the '70s that the industry became ingrained in every corner of the world as the everyday consumer craved high-end fashion and street wear that waltzed into stores right off the runway. Milan exploded as the global fashion capital, specializing in ready-to-wear, as brands including Versace, Armani and Dolce & Gabbana opened up shop. In the series, Mastrangelo is a firsthand witness to the shift of Italian fashion from haute couture to pret-a-porter as designers including Giorgio Armani (Raoul Bova), Walter Albini (Gaetano Bruno), Krizia’s Mariuccia Mandelli (Stefania Rocca), Gianni Versace (Achille Marciano), Miuccia Prada (Caterina Carpio), Rosita and Ottavio Missoni (Claudia Pandolfi, Enrico Loverso), Elio Fiorucci (Stefano Fregni), Gianfranco Ferre (Silvio Cavallo), and more attempt to build their empires. Mastrangelo will even go to Rome in search of Valentino Garavani, combing through gorgeous Maison Valentino '70s dresses, as well as going into the vaults of Bulgari's Heritage Collection. 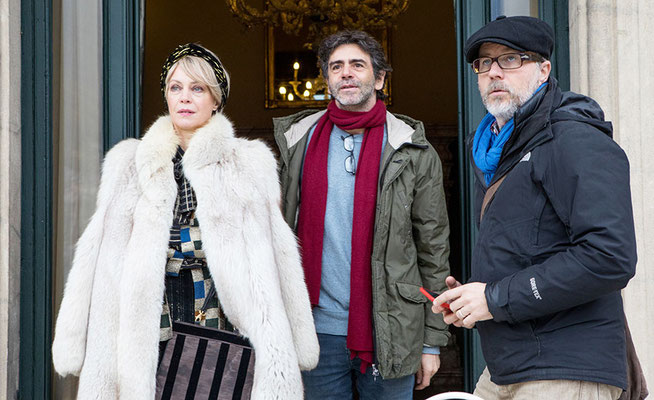 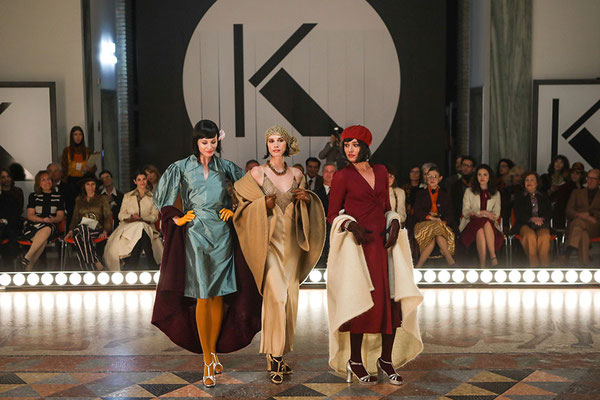