Italy begins the year of the Dante anniversary events with a virtual Uffizi exhibition. The famous Gallery puts seldom-seen Divine Comedy sketches on display online to mark 700 years since poet’s death. Eighty-eight rare drawings of Dante’s The Divine Comedy have been put on virtual display as Italy begins a year-long calendar of events to mark the 700th anniversary of the poet’s death.

The drawings, by the 16th-century Renaissance artist Federico Zuccari, are being exhibited online, for free, by the Uffizi Gallery in Florence. Italy will mark the 700th anniversary of the death of the mediaeval poet and philosopher Dante Alighieri, known as the Father of the Italian language, with a program of commemorative events in 2021.

Born in Florence in 1265, Dante wrote his verses in the vernacular, opting for Tuscan dialect in an era when poetry was generally composed in Latin, meaning it was only read by the most educated readers. Dante's unorthodox approach is credited with making literature accessible to the public, as well as paving the way for important Italian writers such as Petrarch and Boccaccio. 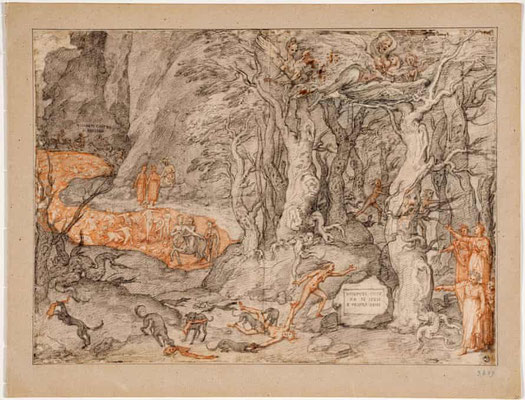 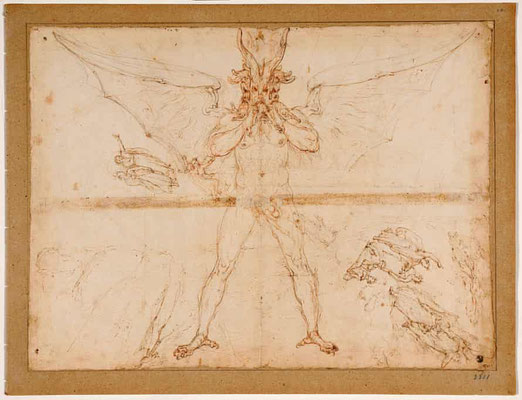 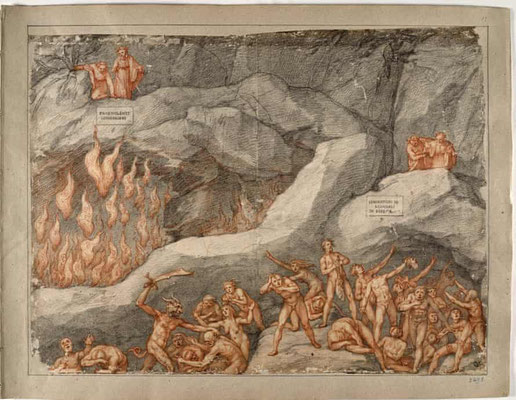 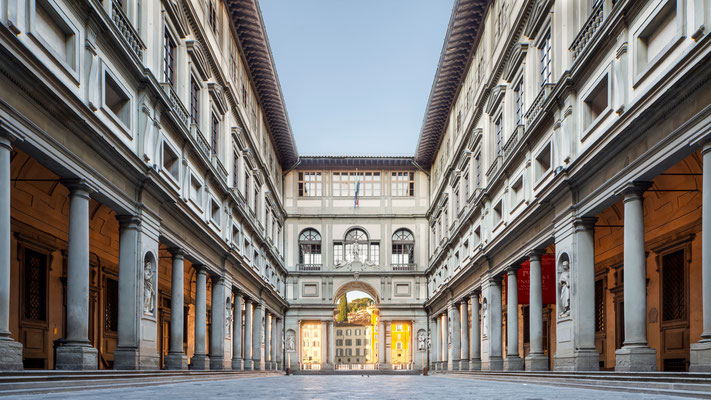 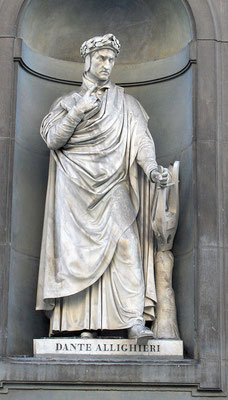 Inferno is the first part of Italian writer Dante Alighieri's 14th-century epic poem Divine Comedy. It is followed by Purgatorio and Paradiso. The Inferno describes Dante's journey through Hell, guided by the ancient Roman poet Virgil. In the poem, Hell is depicted as nine concentric circles of torment located within the Earth; it is the "realm ... of those who have rejected spiritual values by yielding to bestial appetites or violence, or by perverting their human intellect to fraud or malice against their fellowmen". Dante wrote the Inferno partly as an allegory for the spiritual journey he was embarking on after his exile from Florence and partly as an allegory for Florentine political life in the late thirteenth and early fourteenth century.

As an allegory, the Divine Comedy represents the journey of the soul toward God, with the Inferno describing the recognition and rejection of sin. The message in Dante's Inferno is that human beings are subject to temptation and commit sins, leaving no escape from the eternal punishments of hell. However, human beings have free will, and they can make choices to avoid temptation and sin, ultimately earning the eternal rewards of Heaven. Also Botticelli took to illustrate the Divine Comedy. The Divine Comedy by Botticelli is a manuscript of the Divine Comedy by Dante, illustrated by 92 full-page pictures by Sandro Botticelli that are considered masterpieces and amongst the best works of the Renaissance painter. The images are mostly not taken beyond silverpoint drawings, many worked over in ink, but four pages are fully colored. 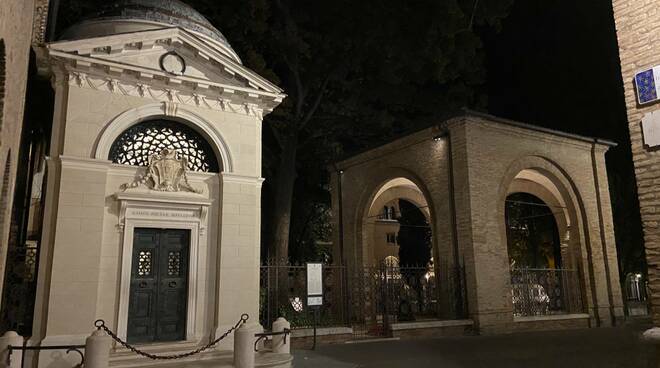 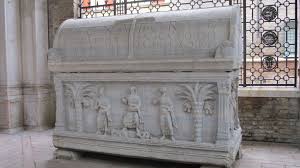 Dante Alighieri is still one of the most important people of all time because he wrote the Divine Comedy, Because he wrote this book it marked the endpoint of the middle ages. Dante wrote in a modern European vernacular, or the common dialect which was Italian not Latin. Dante was the father of Italian language. The poet died in 1321, aged 56, while in exile in Ravenna, where his tomb can be visited today at the Basilica di S. Francesco. Most events for Dante will be hosted in Ravenna, but there will be other functions across the different Italian regions to celebrate the father of the Italian language. There is a dedicated website which provides an overview of festivities. Dante2021