Montalbano's Sicily as a culinary connection between Singapore and Buenos Aires

Food, history, art, literature, cinema and then more food. In Sicily it is an inextricable amalgam. Like every single piece that makes up the amazing mosaics in the Cathedral of Monreale, so there is in the Sicilian land a common thread that links food and cuisine with literature and cinema, sometimes in full contrast, other as a complement to the narrative.The occasion that confirms this thesis was a webinar organized by the Delegations of the Italian Academy of Cuisine of Singapore, Ragusa and Buenos Aires with a captivating theme, Mondo Montalbano: Sicily between Cuisine, Culture and Internationalization. The Academy has always been, since its foundation in 1953, focused on combining culture and food, also by virtue of the fact that the founders were mainly journalists and writers who loved and believed in the culture of food.

An appointment involving  109 academics and 92 guests located in 22 countries around the world, from different latitudes and with different time zones. The event was organised by  Alberto Lisdero from Buenos Aires, Giorgio Rosica from Singapore and Vittorio Sartorio from Ragusa under the oversight of Paolo Petroni, President of the Italian Academy of Cuisine.

It was Cesare Bocci, the actor who played the character of Mimì Augello in the various episodes of Montalbano for twenty-two years, was the real star of the evening, pursued by Anna Lanzani - Delegation of Buenos Aires - with interesting questions to which the actor replied with sincere generosity. In a story full of memories and anecdotes that retrace these years of cinema and cooking as part of the Montalbano series.

“He opened the fridge and gave a screem of pure happiness.  Adelina had made him find "Sauri Imperiali", a sicilian delicacy. Sitting down on the veranda, he conscientiously devoured everything ” in Gita a Tindari, by Andrea Camillieri.  In addition to the veranda at Puntasecca, there is another veranda shown in many Montalabano episodes, that of the restaurant at the sea Da Calogero , where the scents of food mixed with that of salt, a scanned scenario from the lapping of the waves that sometimes grow up to cover Montalbano's dialogues with his guests, those brilliant conversations that unfold between criminal hypotheses and recipes for cooking fish or pasta. 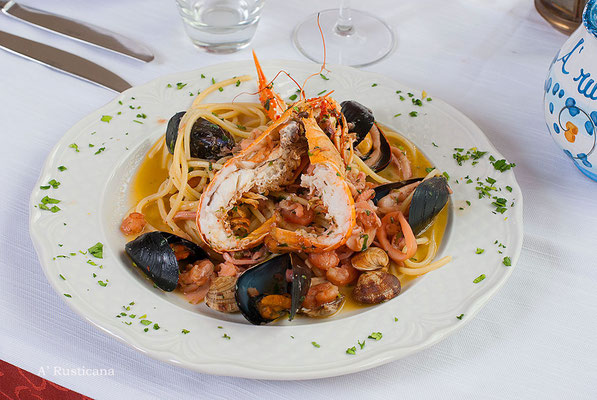 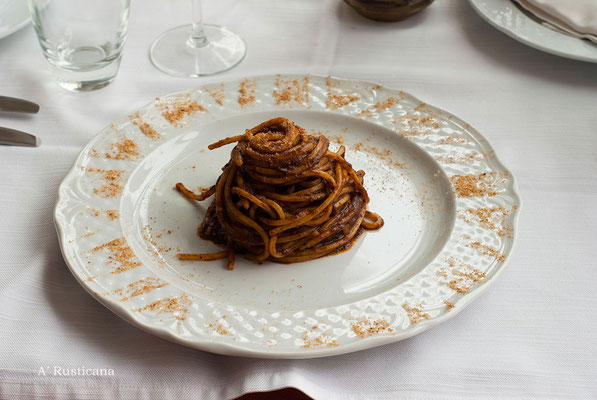 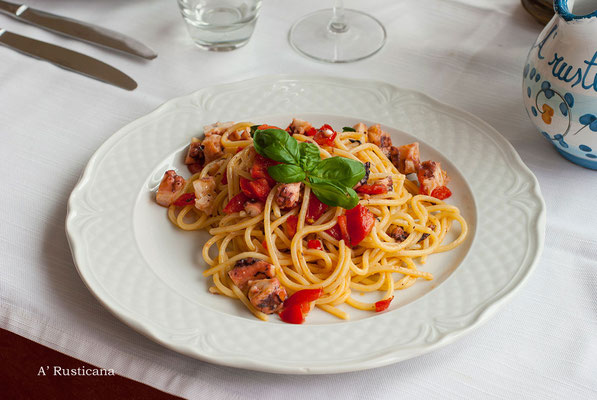 Cesare Bocci with his sympathy has brought it back to life, along with tasty behind the scenes. Like when he tells the pleasure of gorging himself on fresh cannoli during filming as did another of the actors Dr. Pasquano. A story, that of Bocci, with all Sicilian spirit and enthusiasm, told the story of arancini. Traditional dishes, which however indicate the future and the evolution of a regional cuisine capable of crossing borders and conquering space in the five continents, thanks to an international language of cuisine. 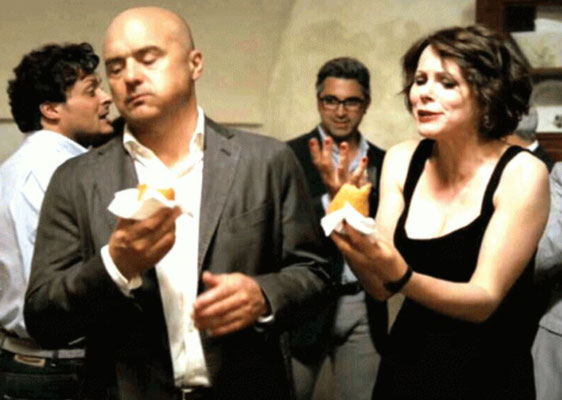 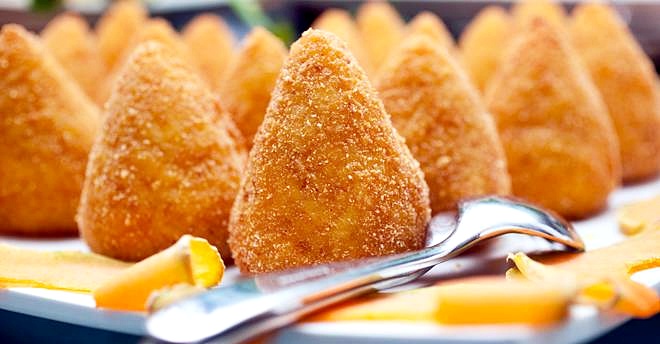 In The arancini of Montalbano),  it describes : “a memory that surely had transpired in his DNA, in his genetic heritage. Adelina took two healthy days to prepare them ”. And so on to give the recipe, so important to keep it in mind: "He knew, by heart, the recipe: The day before he makes an aggrassato of veal and pork in equal parts which must be cooked very slowly for hours and hours with onion, pummadoro, celery, parsley and basil. The following day, a risotto is prepared, the one they call Milanisa (without sapphire, more charity!), Poured on a table, kneaded the ova and made it refriddàre. In the meantime, the peas are cooked, a béchamel is made, they are reduced to small pieces of salami slices and a whole compote is made with the grated meat, shredded by hand with the crescent (no blender, more charity of God!). The meat juice goes well with the risotto. At this point, take a little bit of risotto, settle it in the palm of a hand made in a bowl, put it in as much as a spoonful of compote and cover it with more rice to form a nice ball. Each ball is rolled in flour, then passed into egg white and breadcrumbs. Afterwards, all the arancini are placed in a boiling padeddra of pride and are fried until they take on an old gold color. They are left to drain on paper and in the end, thanks to u Signiruzzu, they are eaten! " and then again sfincioni, and so on: the gastronomic epic of Montalbano is a riot of flavors to resurrect the dead and for this reason we dedicate this memory to Andrea Camilleri.