The gorgeous Sorrentine Peninsula: a little relaxation for Luca Zingaretti (Commissario Montalbano).  A few relaxing days here on the Amalfi Coast also for Luca Zingaretti, or better known by the Italian public as Il commissario Montalbano. The actor posted a photo on Instagram while enjoying the breathtaking view of the Gulf of Naples on a terrace. The stay did not last long since a new story shows him already traveling towards a new destination. 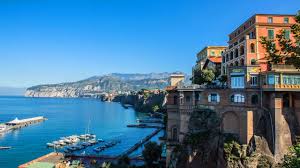 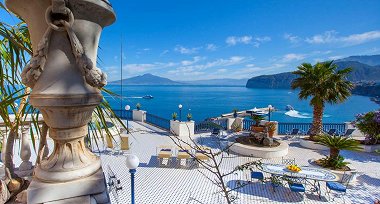 European pay-TV operator Sky has greenlit production of Italian prison drama “Il Re,” toplining Luca Zingaretti, best known as the titular character in the popular “Inspector Montalbano” series. In “The King” Zingaretti will play Buno Testori, chief of the San Michele penitentiary, where “he applies his own personal idea of justice,” according to a Sky synopsis. The innovative show is being produced for Sky by Lorenzo Mieli’s shingle The Apartment in collaboration with Wildside, producer of “The New Pope” and “My Brilliant Friend.” Both are Fremantle-owned companies. Shooting on the eight-episode series, directed by Giuseppe Gagliardi (“1992”), is expected to start by early next year in Rome, Turin, and Trieste locations. Fremantle is handling international sales.