An illustrated book - Conversation Piece - celebrates the 1974 film "Violence and Passion"  (Gruppo di famiglia in un interno) by Luchino Visconti. The effort with the costumes  in this film was unprecedented - a political drama in fur coats.

The designs were by Karl Lagerfeld, who designed for the the Fendi fashion house for 54 years and was a close friend of the family. A fur coat that turned its glamorous exterior inside, the Russian sable could only be seen on the sleeves and the collar. “The coat was a revolutionary piece of clothing,” says Anna Fendi. “You have to remember that time: that of the hippies, but also of the beautiful and rich.”

The film features an international cast including the American actor Burt Lancaster, the Austrian Helmut Berger, the Italians Silvana Mangano and Claudia Cardinale (in a very short role as the professor's wife), and the French actress Dominique Sanda in a cameo as the professor's mother. The movie was shot in English language. 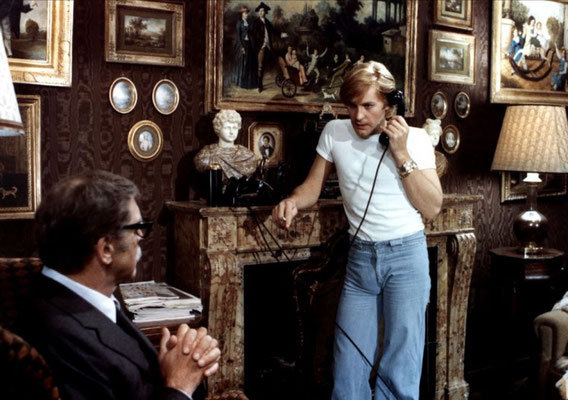 Visconti was known to use the best costume and fashion designers - whether for his film or his Opera productions. Helmut Bergers suits were by Yves St. Laurent; all the fur coasts which Silvana Mangano wore in the movie were from Fendi, which even appeared in the film's  opening credit.The other costumes weres done by the costume designers Vera Marzot and Piero Tosi with the company Sartoria Tirelli. But in terms of fashion, there was sufficient contrast in the movie, with Helmut Berger wearing tight jeans and T-Shirts, as well as tailored suits by Yves St Laurent. Showing the contrast of the upper class with the furs and the hippie culture of the 1970's. This was the style of Visconti, who himself came from an ancient noble family, and was one of the founders of neorealism after the Second World War. 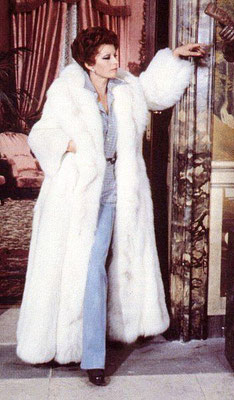 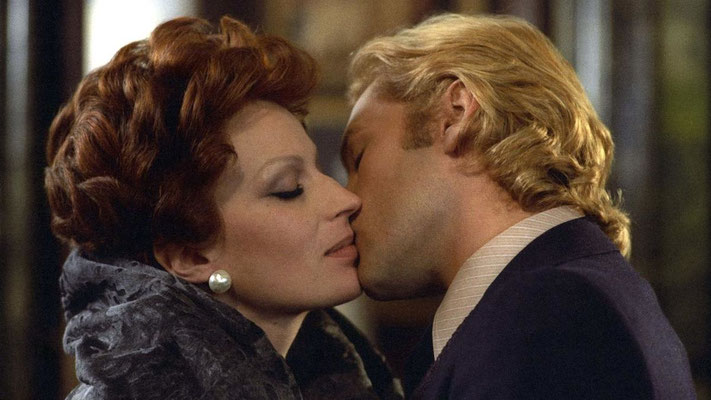 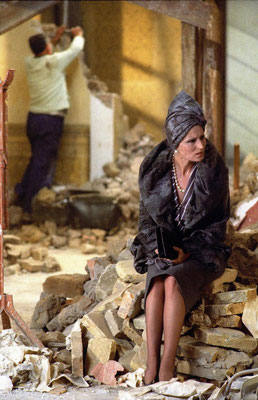 Luchino Visconti also directed many of Maria Callas's debuts at the Scala in Milan, such as  La Vestale, La Sonnambula, La Traviata, Anna Bolena and Ifigenia in Tauride. He met her earlier in her career, but only some years later in 1954 after she had slimmed down, he was invited by La Scala to direct her in Spontini's La Vestale and so began one of the greatest operatic collaborations. Visconti's productions with her have become legendary not just because of Callas performance but also the opulent and glamarous costumes in the Opera. 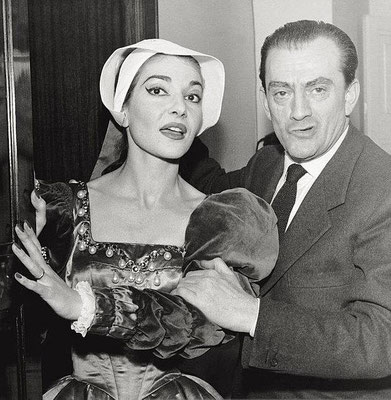 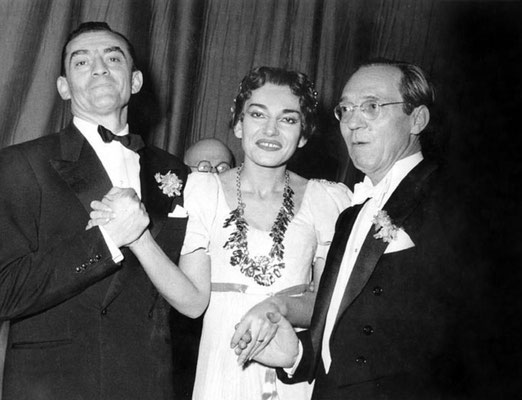 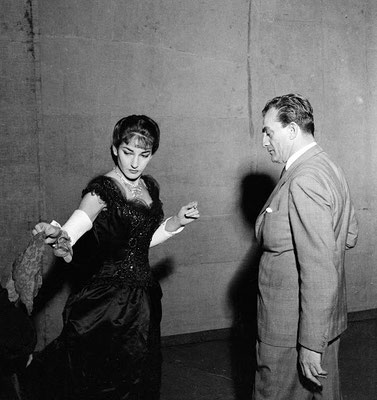