Matera, in Basilicata, is a popular film destination. In the past films such as "The Passion for the Christ" and most recently, the latest James Bond movie "No time to die" with Daniel Craig - to be released this November. The Italian TV Series "Sorelle" has just started filming in Matera. Beautiful by day, it is in the evening, however, at the first sunset that Matera turns into a living nativity scene. Many of the external scenes of the fiction, in fact, are set at dusk. And this is what clearly inspired Mel Gibson who chose it as the set of the film "The Passion of Christ" back in 2004, even before "Basilicata coast to coast", the famous 2010 road movie that kicked off the tourism in Basilicata, a region traditionally very little visited. And above all, even before Matera became the European Capital of Culture in 2019, the year that proclaimed it the true queen of Italy, and not just for that year. 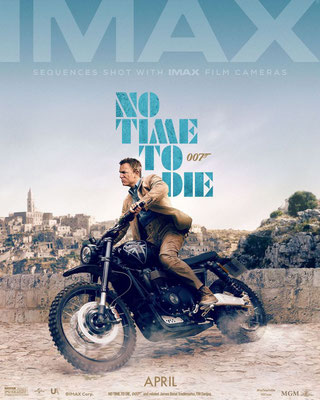 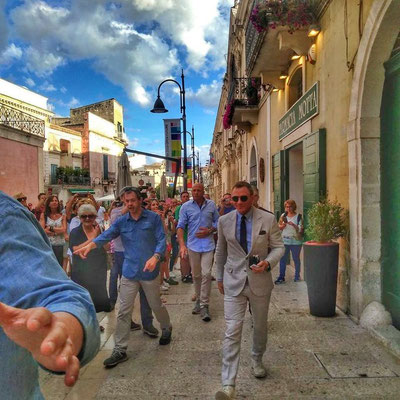 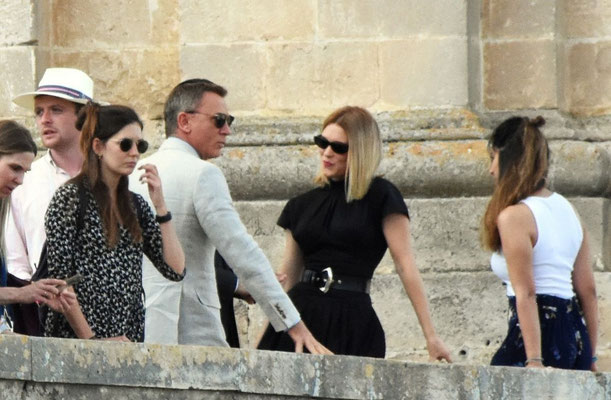 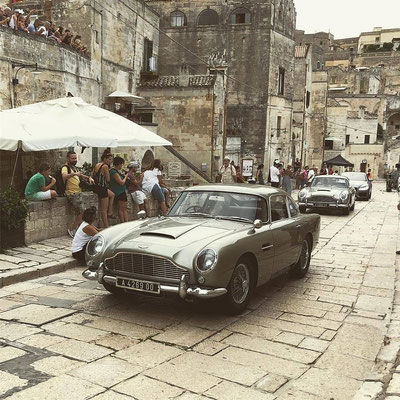 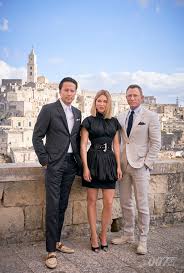 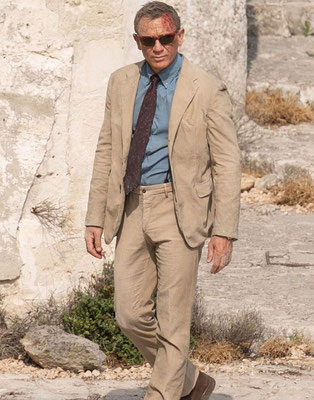 The evocative images of the Sassi and the houses perched on the ridge that form Matera are the constant background of the RAI TV drama “Sorelle” and of the intricate noir stories of the protagonists Anna Valle and Ana Caterina Morariu.

Another reason, this, to visit the ancient city of Basilicata, in case there were not already enough. Recognize the buildings, including the house created in the Sasso by Chiara Silani (Anna Valle), that of her sister Elena and her mother Antonia (Loretta Goggi).

The Matera tour on the places of "Sorelle" starts right from the luxuriant garden of native essences in front of the Casale house, in the Sasso Barisano district (one of the two in Matera, the other is Sasso Caveoso), which in the fiction is the mother's house and which, in reality, houses an accommodation facility. Then we move on to Elena's home in the Sasso Caveoso.

Those who have already been to Matera will recognize some of its most famous squares, such as piazza Vittorio Veneto and piazza San Francesco, where a building has been transformed into the city court.

One of the most evocative locations that often recurs in fiction is the place where the two sisters played as children: the cave. This is located in the Murgia Materana Park, perched on a cliff. It is a natural historical archaeological park known as the rock churches, a protected natural area of Basilicata which, together with the city of Matera, entered the list of UNESCO World Heritage Sites.

The Sassi di Matera are two districts (Sasso Caveoso and Sasso Barisano) of the Italian city of Matera, Basilicata, well-known for their ancient cave dwellings inhabited since the Paleolithic period. The "Sassi" have been described by Fodor's as "one of the most unique landscapes in Europe". There are some stunning and unique settings for hotels - whether you choose a luxury or more Boutique Cave Hotel,  it is a unique experience. 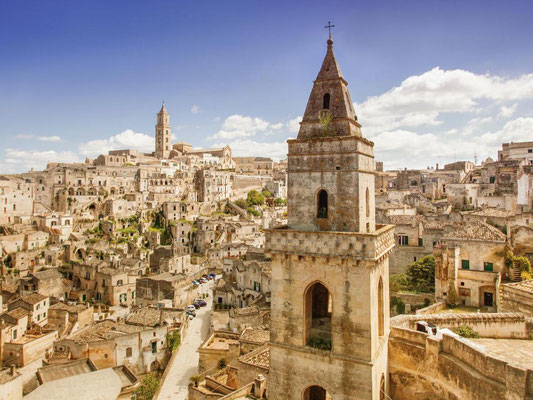 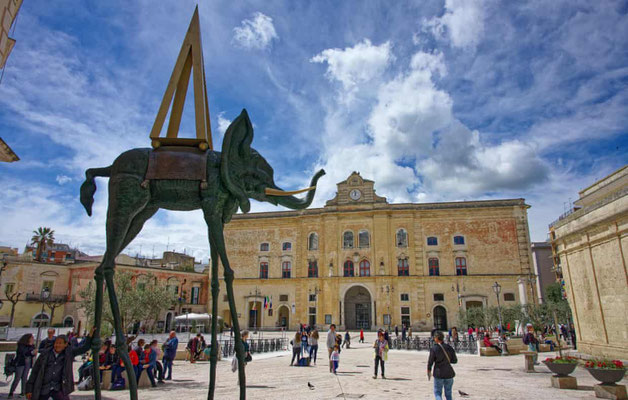 Le Grotte della Civita is placed in the oldest part of the Sassi, the CIVITA, facing the spectacular Murgia park and its rock-hewn churches. It comprises 18 rooms and an ancient church, the “Cripta della Civita”, now used as a common area, all renovated to retain their original features. The Hotel Le Grotte della Civilita is a cave hotel with medieval romance in a magnificent hilltop setting. Very unusual rooms and suites with vaulted ceilings, sandstone walls, and standalone bathtubs with burning log fires. Delicious food, cooking lessons, and spectacular views. Definite wow factor for honeymooners or romantic breaks.”

All air-conditioned room have a modern furnishing and a flat-screen TV with satellite channels. The private bathroom includes bathrobes and slippers, free toiletries and a hairdryer.

At the accommodations, each guest can enjoy the free use of 60 minutes at the spa. It includes the use of a sauna, hammam, heated indoor pool and tea corner. Bike hire and car hire are available at this hotel. 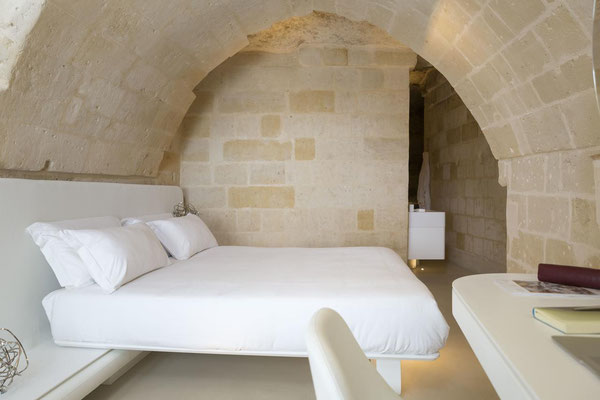 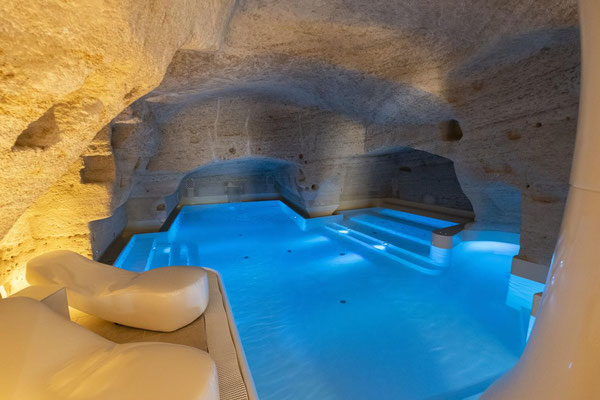 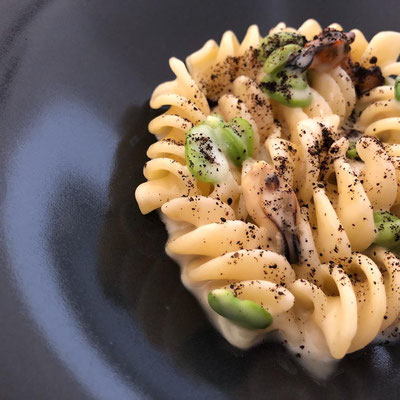