In Italy, bitterness—whether in the glass or on the table—is as essential to Italian identity as pasta. As it applies to alcohol consumption, bitterness generally comes in two forms: aperitivi and digestivi. Digestivi tend to be dark, herbal-based amari; whereas aperitivi are more murky and are drunk before dinner as a starter. Similar to the famous Campari and Aperol, and their associated cocktails. Derived from the Latin ‘aperire’, which means ‘to open’, the Italian ‘aperitivo’ now refers both to the pre-dinner drink and the ritual of going for that drink.

So in summary, the aperitivo liqueurs can be divided into two broad styles: “aperitivo” and “bitter,” both roughly defined as red-hued, wine- or spirit-based products infused with citrus, herbs, spices and roots, then mixed with sweeteners to offset their intensity. In general, the former is lower in alcohol and lighter in color—think Aperol—while those that comprise the bitter genre—i.e. Campari—contain about double the alcohol and are often more bitter. 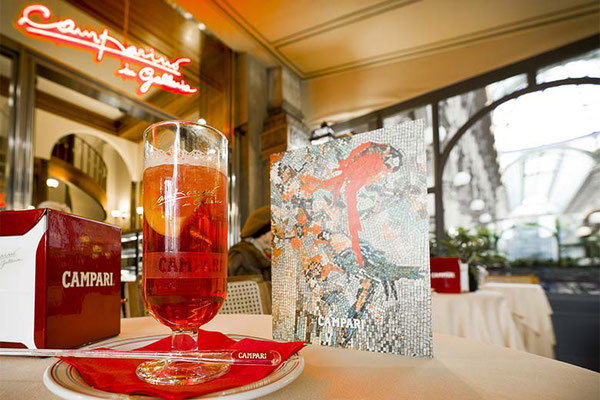 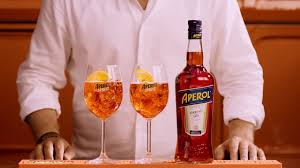 Red bitter aperitivo liqueurs emerged in the 19th century, mainly in the Italian north. Originally praised for their medicinal effects, red bitters were eventually adopted as a cocktail ingredient and, by the 1920s, consuming such Italian liqueurs was practically an act of patriotism. In the decades that followed, Italy’s distinctive cocktails—the Spritz, the Negroni, the Americano and the Negroni Sbagliato—would transport the country’s red bitters across the globe. Meanwhile, at home, these bitter liqueurs continued to maintain a deeply regional character, meaning that the bitter aperitivo liqueur you favored most often depended on the city you hailed from (and still does in many cities in the north).

Oscar 2015 nominee Benedict Cumberbatch recently confessed his love for the Aperol Spritz cocktail. The Campari-like main ingredient, Aperol, is blended with a dash of bubbly Prosecco and a splash of soda. 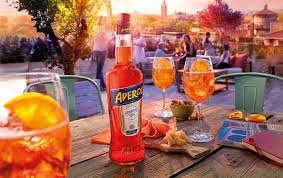 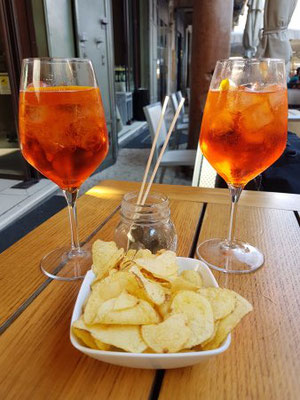 Over the past decade, both brands have solidified their positions as the world’s premier bitter aperitif liqueurs, albeit with deliberately different roles. In 2004, the year after Gruppo Campari acquired Aperol.the company embarked on an aggressive and ongoing marketing campaign positioning it as the quintessential ingredient for the Spritz, a light aperitif made from bitter liqueur, sparkling wine and water. Meanwhile, Campari emphasized its ownership over Italy’s most well-known classic cocktails.Italian drinks firm Campari Group saw organic sales grow by 9.6% in the first quarter of 2019, boosted by the double-digit growth of Aperol.

Red bitter liqueurs are the cornerstone of Italian aperitivo culture, which International drinkers have eagerly adopted in the forms of Spritzes, Negronis and beyond.

By the 1980s, production of many historic brands began to decline, while others, like Martini Bitter and Gancia Aperitivo, disappeared altogether. The causes were numerous, ranging from Italy’s declining per-capita alcohol consumption to changing palates in foreign markets. While shifting consumption patterns in Italy and abroad may be partially to blame for the decline, due to the  consolidation of production in Italy, which shifted from a dominance of local and regional producers to that of national producers, such as the Campari Group.

Amaro is a potent digestif with a silky, sometimes even syrupy structure that originated in the 1800s. It is traditionally produced by mixing several herbs, flowers, aromatic bark, citrus peels, and spices in alcohol, either spirits or wine.

The blend is then mulled with sugar syrup before being put to age. Although the Italian word amaro translates to bitter, the flavors of this herbal liqueur are complex and may range from earthy and bitter to syrupy and almost sweet, depending on its age and ingredients used in the blend.  Some of the most popular Italian Amari are: 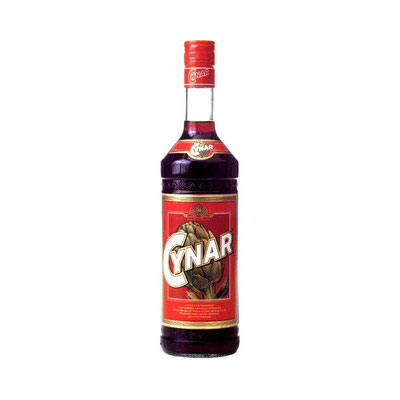 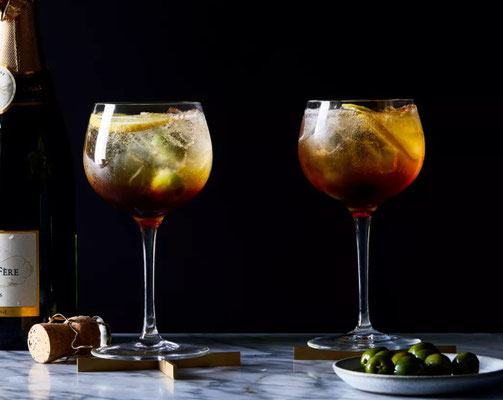 Cynar. The heart of this historic amaro, one of the least alcoholic, is an extract from artichoke leaves. For decades consumed for its digestive properties, now you can enjoy it in the form of spritz. Perfect for spring and summer breaks at the bar.

The Cynar Spritz is a variant of the classic Spritz that sees the Cynar artichoke liqueur substituted for Aperol: the drink is therefore composed of Cynar, prosecco and sparkling water. 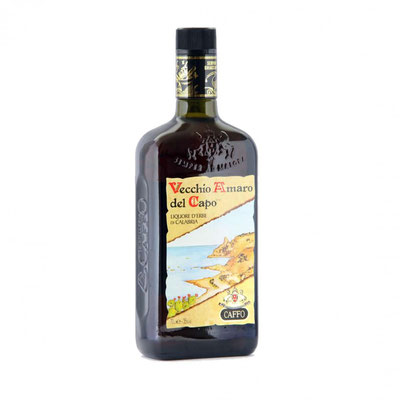 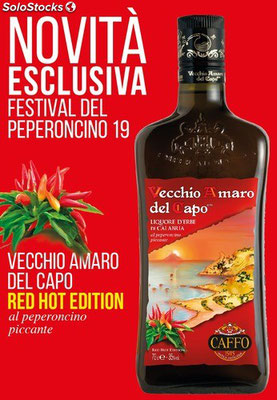 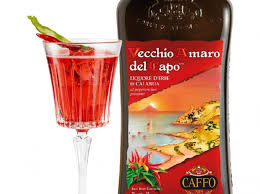 Amaro del Capo. One of the icons of the south. The bitter that comes from an infusion of 29 officinal herbs contains the essences of Calabria from bitter orange to licorice, from sweet orange to mandarin, juniper to chamomile. It has a gentle and aromatic taste. To be drunk strictly with ice, but if you want to taste it in a more original and spicy version, try mixing it with soda, red bitter and a pinch of chilli. The Distilleria F.lli Caffo, protagonist of the 2019 edition of the 27th edition of the Diamond Pepper Festival in force from 11 to 15 September 2019 on the occasion of the historic event presented a “Limited edition” of Vecchio Amaro del Capo with spicy Calabrian chili. 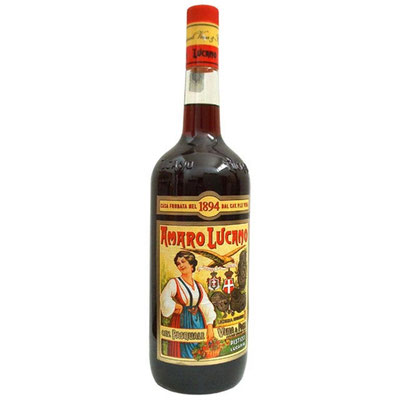 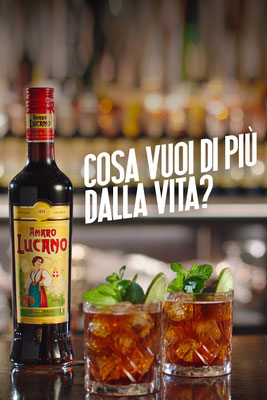 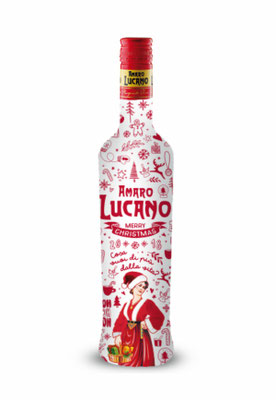 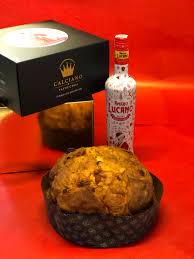 Amaro Lucano. More than 30 herbs in the secret blend of this amaro that was born in the late nineteenth century in Matera: elderberry, sage, aloe, gentian are some and also gentle absinthe, the green fairy loved by Verlaine, Rimbaud, Boudlaire, Van Gogh. It is suitable for aperitifs. refreshments that you can also enjoy on the beach. Try it with green apple juice and ginger ale or simply with ice, soda and a slice of lemon.

The tradition of panettone together with the strong taste of the historic herbal liqueur, Amaro Lucano meet and merge to give life to Panettone Lucano, the new proposal designed and created for Christmas 2018 by Pasticceria Calciano, a historic pastry shop in the province of Matera which has been producing quality products since the 1980s following the principles of traditional craftsmanship.The secret behind Calciano panettone is the mother yeast, which guarantees the softness, fragrance and aroma of the final product, without any kind of preservative, but the real gem of the Amaro Lucano Panettone lies in the recipe.

Amaro Lucano is in fact used both inside the dough and for raisins which are specially left "soaking" in the bitter, taking on a unique and unmistakable taste.

Averna - produced in Sicily since the 19th century, Averna is one of many Italian liqueurs known as amari. They range from light and sweet to profoundly bitter, but have a few things in common: They’re generally consumed as an aperitivo before dinner to kick up the appetite, or a digestivo afterwards. And since they’re made according to proprietary recipes, steeped with roots, herbs, and more, each one is unique. Francesco Claudio Averna was one of the most illustrious and well-known entrepreneurs in Sicily and former president of the company producing the well-known amaro. Awarded in 2012 by the Quirinale with the honor of Commander of Merit of the Italian Republic, he had managed the company together with his cousin Francesco Rosario until 2014.

The Black Manhattan used Averna Amaro in the place of sweet vermouth. The Manhattan variation was created by Todd Smith whilst behind the stick at San Francisco's Bourbon & Branch. Instructions: In a mixing glass with ice, combine 2 ounces of rye, 1 ounce of Averna, and a dash of Angostura bitters. Stir that all up until well-chilled, then strain into a cocktail glass. Garnish with a grapefruit peel. 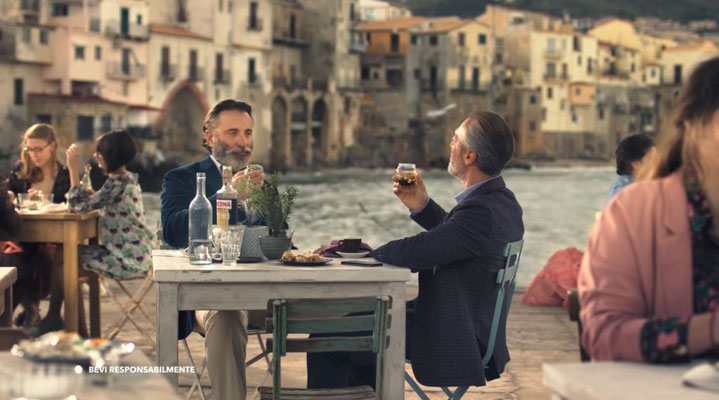 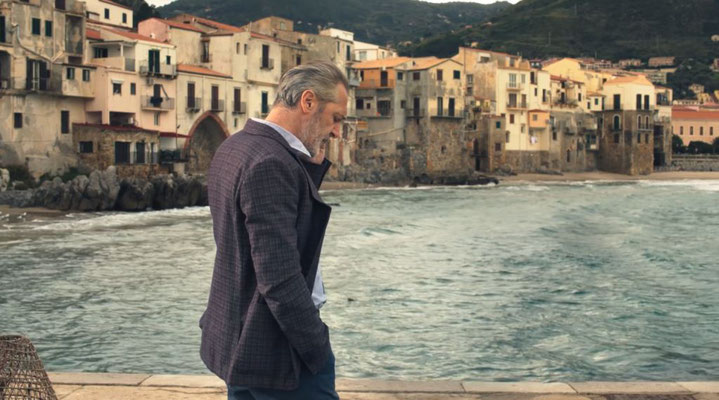 Fernet can also be an excellent ingredient in cocktails, such as the one proposed for decades at the Savoy Hotel in London and invented by one of the most famous barlady: Ada Coleman.

Method: shaken with ice, served in a low tumbler glass with ice and orange peel

Another very famous recipe in South America is the “Fernandito”. Soothing and refreshing.

The most popular brand is the Milan-based Fernet Branca, invented in 1845 by Bernandino Branca. The drink has been a mainstay in Italy and Argentina, and lately, it has been experiencing a somewhat of a renaissance because of its use in some of the classic cocktails such as Toronto or Hanky Panky.

While Italians prefer to enjoy it as a digestif or incorporate it into café correto, in Argentina, it is mainly used alongside Coca-Cola to create the iconic Fernet-Cola. The Fernet-Branca recipe is a special journey through the 27 herbs, roots and spices that make up its secret and unique special formula. 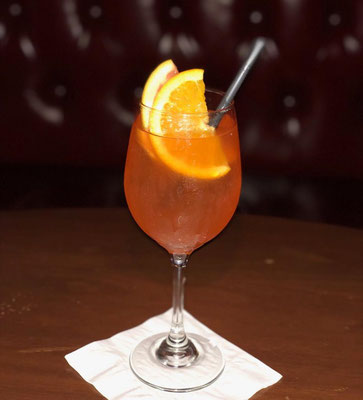 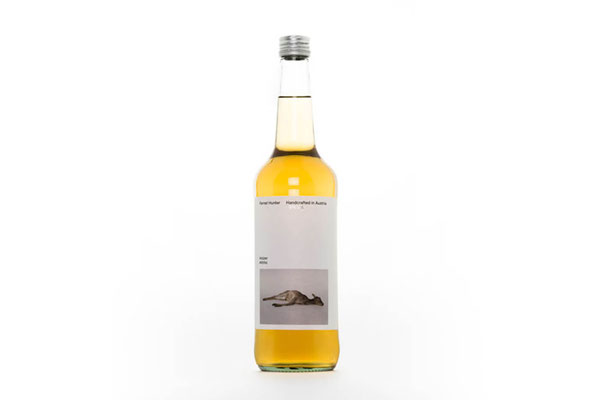 For something different, try the Brixen Spritz. A refreshing, slightly bitter concoction of Aperol and Fernet Hunter, topped off with Piper-Heidsieck Champagne. They serve it on the rocks with a splash of fresh orange juice. Fernet Hunter is made in Austria and has a slightly lighter, brighter flavour profile than it’s medicinal cousin. 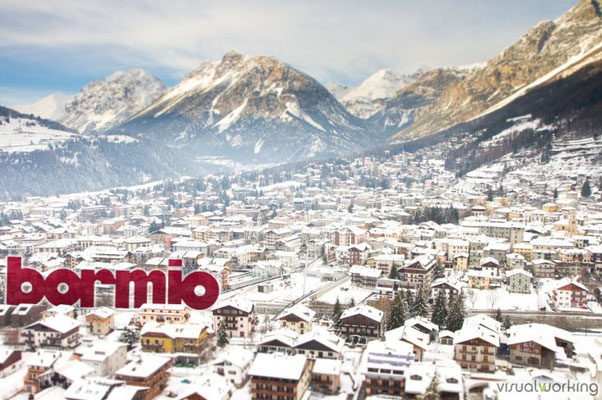 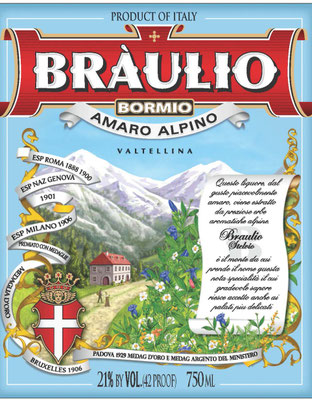 Amaro Braulio. The high altitude bitter, born 140 years ago, a symbol of Valtellina, is recognizable for its strong bitter and balsamic taste. If traditionally it has been drunk straight or with ice, it can become a very pleasant after dinner by mixing it with vodka and bitter. 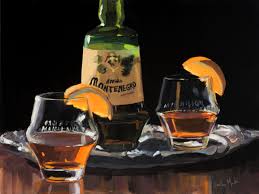 Amaro Montenegro. The bitter so loved and praised by Gabriele D'Annunzio, and dedicated to Elena Petrovich Njegos, princess of Montenegro and queen of Italy, wife of Vittorio Emanuele III. It can be a good companion for your after dinners by the pool this summer. Just mix it with grapefruit juice, lime juice and ice and the evening lights up.

Amaro Ramazzotti. Anise, cardamom, cloves, myrrh, orange and other 28 herbs and spices make the taste of this bitter, which has 200 years of history, harmonious and full-bodied. As a long drink, diluted with tonic water and ice, it perfectly accompanies appetizers based on shrimp or with meat tartare.

Amaro Luxardo Abano. A secret blend that also includes cinnamon, bitter orange, cinchona, cardamom, condurango. The Amaro dei Luxardo, whose entrepreneurial origins lie in the beautiful Padova and is appreciated for its harmonious, intense taste with a marked note of citrus.  Luxardo Amaro Abano originated in 1952. Amaro means “bitter,” and Abano is an old Roman spa in the Veneto region that has been active for the last 500 years. The label depicts the spa around the year 1600. The herbs in this amaro grow wild and are infused along with cardamom, cinnamon and bitter orange peel. Luxardo Amaro Abano is a medium bitter, extremely popular in Italy, and especially in the Veneto region, drunk straight after a meal with or without ice to help digestion. 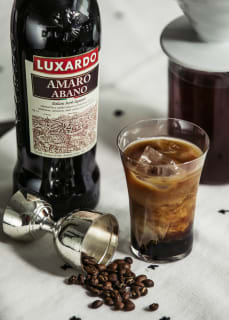 Centerba Distillery Casauria Enrico Toro. Symbol of the Abruzzo tradition with a very high alcohol content. The recipe for this bitter for tough men with a characteristic green color is inspired by that of the Benedictine monks who founded the Abbey of San Clemente a Casauria in 1100. It is a widespread tradition to use it as a corrective for coffee, but try pouring some in the lemon sorbet, it gives a very pleasant herbaceous touch and refreshes the palate even more. If, on the other hand, you want to enjoy it at aperitif time, mix it with Campari, red vermouth and soda.

Amaro Amara. Enchanting, fragrant, it comes directly from the slopes of Etna: Amara is a new product that enters the amaro scenario created by two very young Sicilian entrepreneurs. The soul of this liqueur is the Sicilian red orange enhanced by a mix of aromatic herbs. Its pleasant aroma makes it versatile for any preparation of cocktails and aperitifs, from Cosmopolitan to Spritz to Amaratonik, ideal for a mixology party with an all-Sicilian flavor. 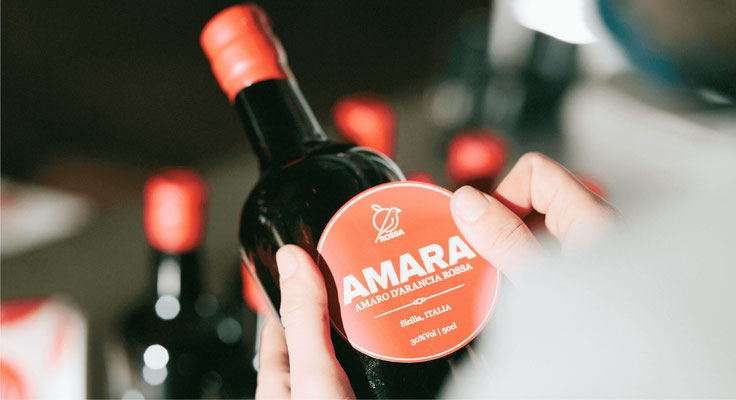 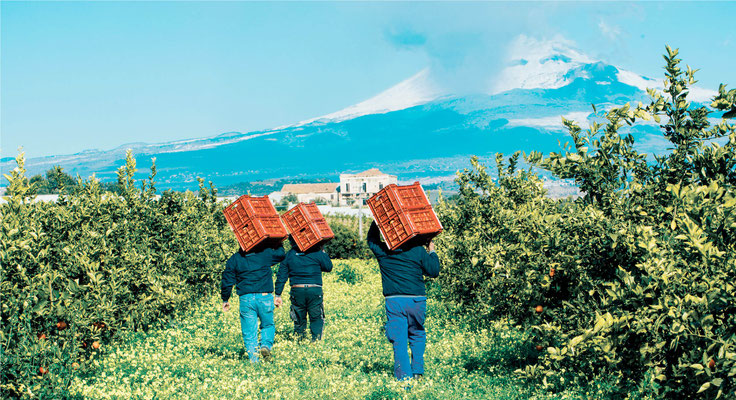