Designer Giorgio Armani has a number of residences, such as his  palazzo in his home base of Milan, a New York City penthouse, the island compound off Tunisia, and the chalet near St. Moritz, along with plush perches in Paris, Lombardy, Antigua, and beyond. But his preferred residence which has a lot of  sentimental value to him is the former farmhouse that he redesigned in the 1980s, and still owns, in Forte dei Marmi, a seaside hot spot on Tuscany’s Versilia Coast.

Forte dei Marmi is a sea town and comune in the province of Lucca, in northern Tuscany (Italy). Also known as the Fort of Marbles, a name that it received as it was the main marble deposit area in ancient times, the town is among the most beautiful coasts of Tuscany and is worshipped for its lively nightlife, the shopping town center and the trendy atmosphere.

"The Forte dei Marmi house was my first holiday home and that is why it holds a special place in my heart", says the designer, "I decided to furnish and decorate it in order to recreate a sort of cabin-house on the sea".

Compared to his usual minimal style, this property has a different style, less minimal. The designer decided to renovate the house by adding a modern interior with neo-decò furnishings and Japanese-style details to the original facade, characterized by rustic features.

Forte dei Marmi - the exclusive destination on the Tuscan Coast 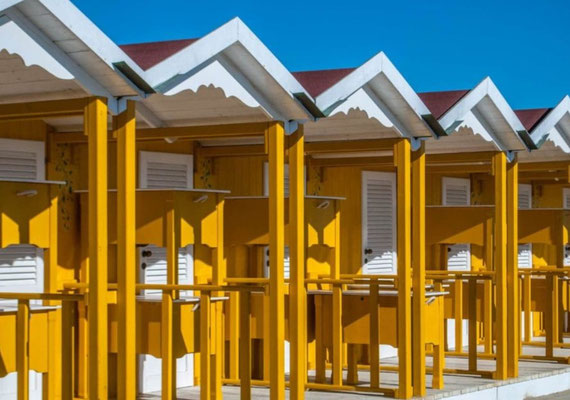 People from around the world flock to Forte dei Marmi to enjoy the sand, the sun and the calm and clean waters of the beach.

Forte is a lovely shopper’s paradise, apart from the exclusive boutique showrooms or “Made in Italy” tags, it is also famous for its flea markets. Traders from all over Italy come over to display their wares, from crockery to branded designer wear. The Antique Market, with the best of Italy’s antique collectors, is another Forte dei Marmi’s attraction. Sculptures, art, collectibles, jewelry, furniture, books and artifacts are some of the items that are available on sale at bargain prices in this market.

Gianni Agnelli, the former CEO of FIAT,  used to spend in Forte dei Marmi his summer holidays with the family at Villa Costanza. His sister Susanna Agnelli, wrote an autobiography about those days in Forte dei Marmi in her book We Always Wore Sailor Suits. Forte dei Marmi became in the course of time “the place to be” or to buy a villa for important international names as the novelist Thomas Mann, the writer Aldous Huxley, the inventor Guglielmo Marconi, the sculptor Henry Moore, the director Luchino Visconti, the Nobel prizewinner for poetry Eugenio Montale, the stylist Giorgio Armani and the tenor Andrea Bocelli. 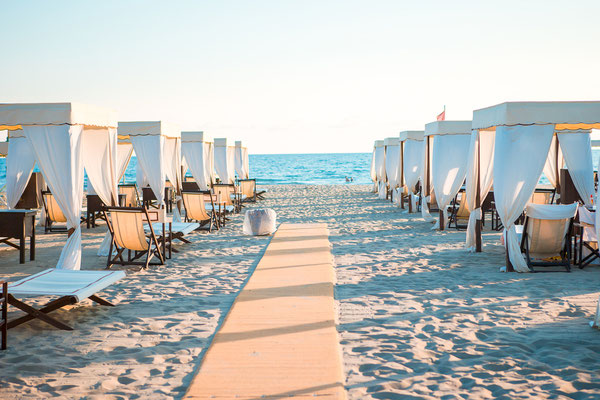 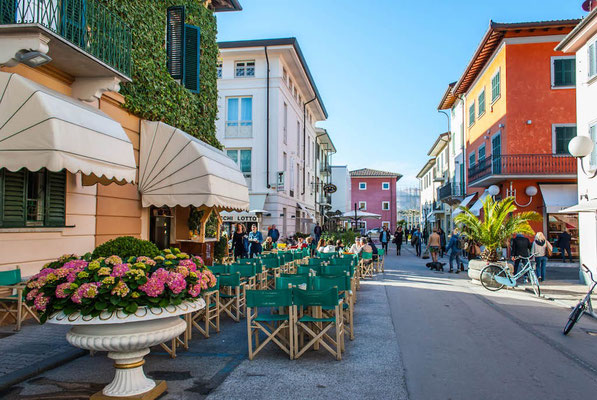 There are many 5-Star Hotels to choose to stay at in Forte dei Marmi, including the Grand Hotel Principe Di Piemonte which borders Viareggio. It features classic rooms and suites. Accommodations is located on 5 floors and decorated in different styles. Most rooms and suites offer views of the sea. And the hotel has a stunning roof terrace pool and sun deck, as well as its own private beach.