Vitti and Cardinale filmed in 1974 in Gravina, the forerunner of Thelma & Louise. The great actresses starred in "Here begins the adventure" with Ninetto Davoli.

«But who are you?» Is the question that Claudia Cardinale asks Monica Vitti, as if she had seen an extraterrestrial descended into the districts of Gravina. Vitti replies: «Once I was like you, a long time ago...».

This 1975 film, "Here the adventure begins" is a symbol for equality between genders. It is the paradigm of freedom, almost American-style, in the manner of "Easy Rider", an entire generation that has traveled the length and breadth of America aboard a Harley Davidson. It shows the  challenge of an outdated model of the family in which the woman must be subordinate to the man with a predefined role. It questions gender roles, with the strong, confident and determined male, and the fragile female, uncertain and in need of protection. 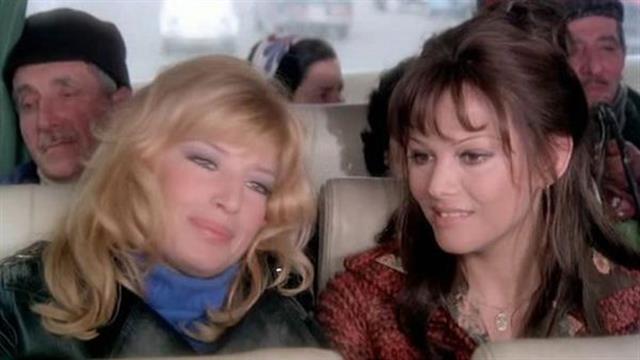 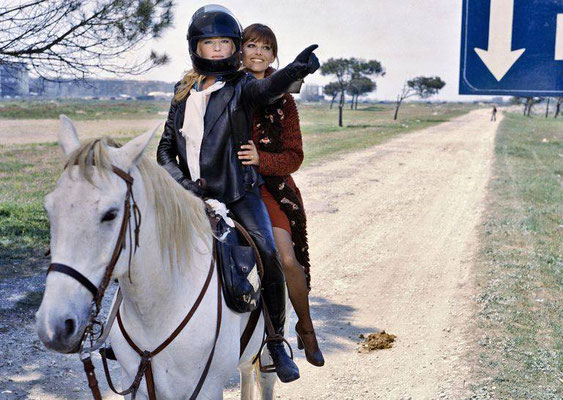 At the time of the film, in the mid-1970s, the reform of family law was coming into force in Italy.  What is the plot of the movie?  A young woman, Miele (Monica Vitti), travels around Italy on a Honda. By chance she arrives in Gravina, one of the many stages of a long journey that will lead her to Milan, to the man she loves. Laura (the Cardinale), tired of a life that is always the same with a dominating husband, wants to follow her on this journey towards freedom.

A film that then appears to be ahead of its time. A few years later, Susan Sarandon and Geena Davis will be Thelma and Louise, two women who completely take over the reins of their lives, with a tragic ending.

Let's go back to the Italian film, directed by Carlo Di Palma (then Vitti's partner). During the journey, the two fugitives have an accident, they end up with the motorcycle off a cliff. They continue with a stolen car. They come to Naples, gamble, win 500 million lire which they lose immediately afterwards. Finally they arrive in Milan.

"Here the adventure begins" was shot in the autumn of 1974 in Gravina - Puglia, all around the Giulianello district, today a densely populated area behind the current Sidion cinema theater, at the time there only a few scattered houses and most of the streets then were partly dirt roads.

Pinuccio Massari, a local historian, recalls:. "The word had spread through the city that a film was being shot with two of the most beautiful and famous actresses, Cardinal and Vitti. It must have been October, there was a blonde woman with a helmet riding a motorcycle, from behind (probably a Vitti stunt double), with the engine running, and in "action!" 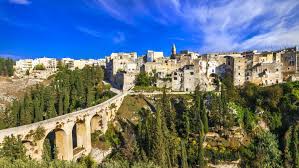 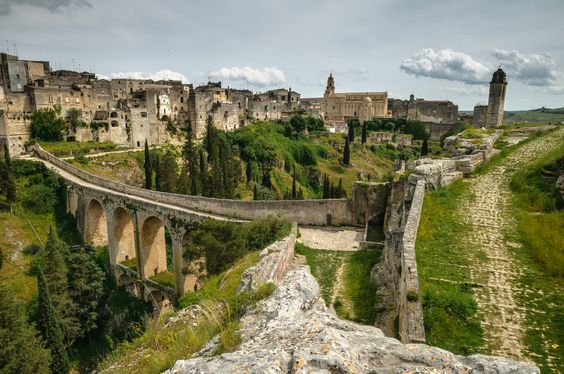 Another witness is the photographer Francesco Santamaria, then 25: "I climbed to the top of a building under construction, perhaps taking some risks - he recalls 46 years later - and with the tele-lens, I took many pictures of the two movie divas. "How did the actresses react to "clicks"? «To tell the truth - replies Santamaria - Vitti did not like it, but the Cardinale seemed more understanding, to the point that once, at the end of the day, she offered herself smiling in her room as she got into the car to go back to the hotel. She wore a light-colored overcoat and at my invitation she did not shy away from photography ».

Santamaria reveals another episode: «The set then moved to the train station of Venusio, in the territory of Matera. I did not go there.  In Gravina the film, which was produced by Franco Cristaldi, then the Cardinale's husband, was then shown at the Centrone cinema, which no longer exists today.