There are a number of Italian luxury bedding brands, which create the most stunning designs with top quality fabrics, such as egyptian cotton or luxury satin.

Founded in Venice by Michelangelo Jesurum in 1870 in over 145 years of history, Jesurum has always produced exclusive household linens with the highest level of fabrics, embroideries and top quality finishings, all made and produced in Italy. Jesurum uses raw materials declared harmless by the leading international certification OEKO-TEX® Standard 100 to assure safety health standards to our costumer and our environment.

Jesurum has been and continues to be an exclusive brand, managed over the years by families who have worked with dedication and spirit of innovation. The core business is still the same over the years, maintaining the mission set by Michelangelo Jesurum himself: to produce and distribute undisputed quality for the most prestigious customers.

Since 1860, Frette has endeavoured to produce linens and home furnishings of unparalleled quality. Frette is one of the leading Italian luxury bedding brands. From its bases in Monza and Milan, Frette employs only the finest fibres and most skilled artisans to craft a range of products that have come to embody luxury, comfort and creativity across the globe. Known for chic, original designs and inimitable finish and feel, Frette bed linens can be found in many of the world’s most prestigious hotels, from Claridge’s to The Peninsula, as well as in the most discerning private homes, yachts and aircrafts.

Historically, Frette linens have been featured everywhere from the altar of St Peter’s Basilica to the dining car of the Orient Express, and more than 500 European royal families have slept beneath its sheets. Today, Frette can be found at distinguished retailers and over 1,000 luxury hospitality properties worldwide. With a heritage defined by craftsmanship and an outlook rooted in innovation, Frette will continue to dress the world’s most remarkable beds for generations to come. 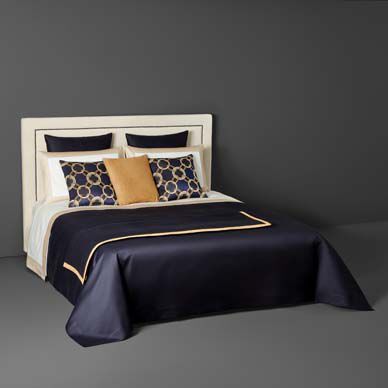 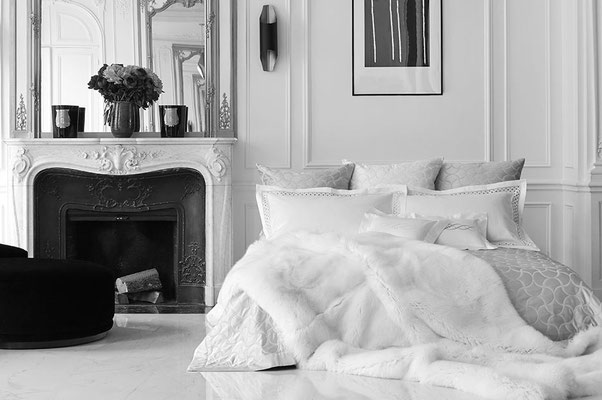 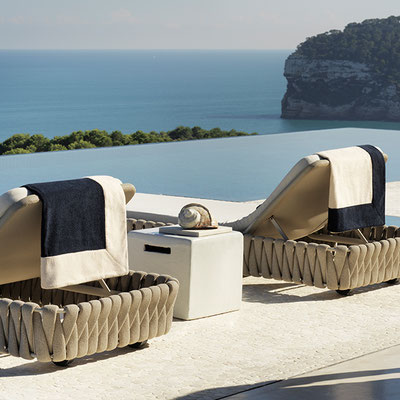 The story of Dea is the story of Dea Mantellassi. Ever since she was a child, Dea cultivated her passion and fervor for top-quality linen. She grew up among embroideries, laces and decorations, and when she grew up, she became a pupil of Evelina Bellini, one of the most famous and distinguished embroiderers, as well as the founder of one of the most prestigious designer labels in the world for household linens. In the mid-1960s, thanks to her charisma and abilities, Dea started producing and selling her own products, which were so successful that Dea soon created her first workshop, in the fertile Chianti area, famous for not only wine but also its ancient embroideries. Many skilled artisans who specialized in this art were also there. It was the beginning of what would become Dea.

In the 1970s, Dea’s two brothers began working for the company, Alfredo taking care of the financial and administrative duties and Franco handling commercial concerns. Meanwhile, more color was being added to the designs, as well as automated processing. Soon, embroidery machines operated by human hands were working alongside traditional artisans, who of course remained a cornerstone of the company.

By the 1980s, Dea had begun to expand, and even more so in the 1990s, as Dea began breaking into the foreign market. Dea’s daughter, Sabrina, who also grew up among laces and embroideries, joined the company, adding her experience and expertise in business management studies. Sabrina gave the family company an indelible imprint, guiding it definitely toward the internationalization of the brand and enriching it with additional commercial and distribution development. 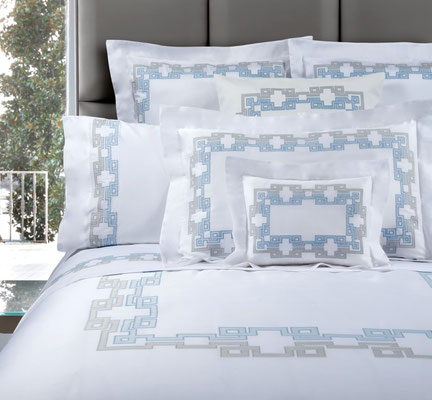 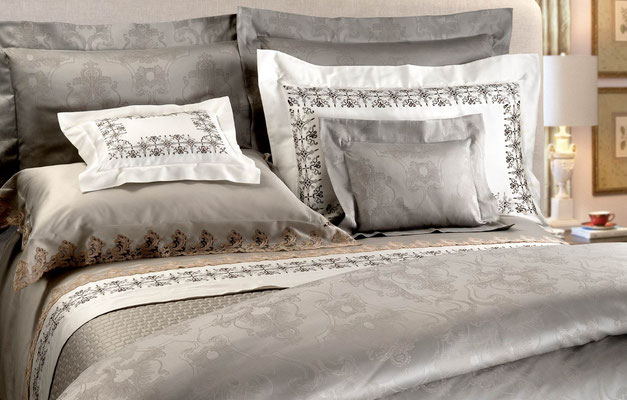 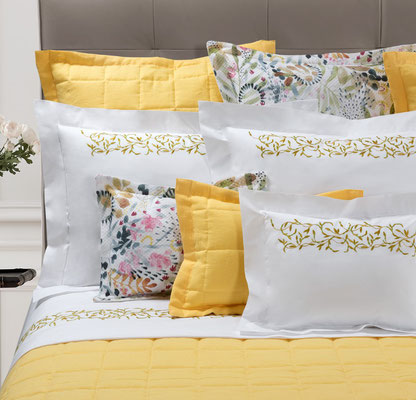 A century old Tuscan tradition saw mothers and daughters gather in groups to embroider by hand the most exquisite linens. At the turn of the century, the young wine merchant Remigio Pratesi, had the interesting idea to have beautiful table linens hand embroidered by hiring these ladies on an exclusively basis. In this way, Remigio could achieve the highest quality and unique style. It was a brainstorm, which would transform the fortunes of the family in one of today’s legends of luxury.

Remigio’s son, Brunetto, started “selling” their masterpieces to English merchants in the port of Livorno and, soon after, became the major supplier to the chic holiday Tuscan resort of Forte Dei Marmi, where the family opened their first Pratesi store in 1946. The fabulous store in Via Montenapoleone in Milan was inaugurated in 1958: the Pratesi brand expansion began.

Athos Pratesi, the third generation of the family, continued with the global expension, while still maintaining the original traditions and quality. 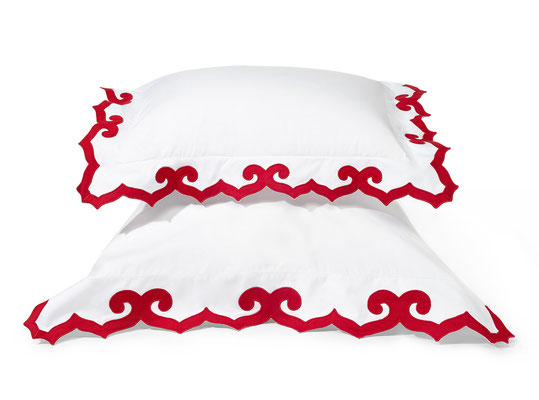 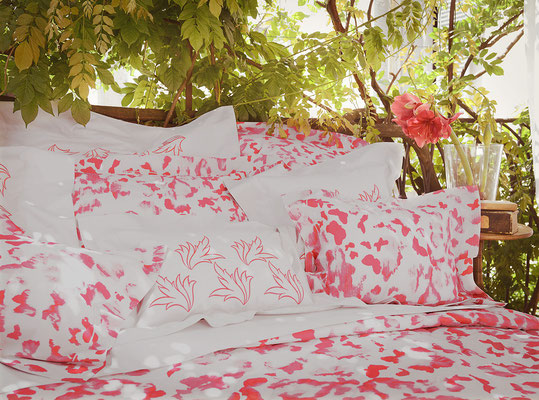 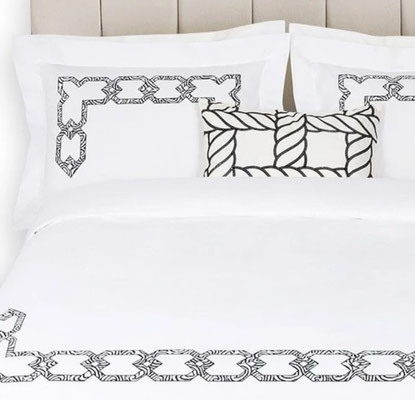 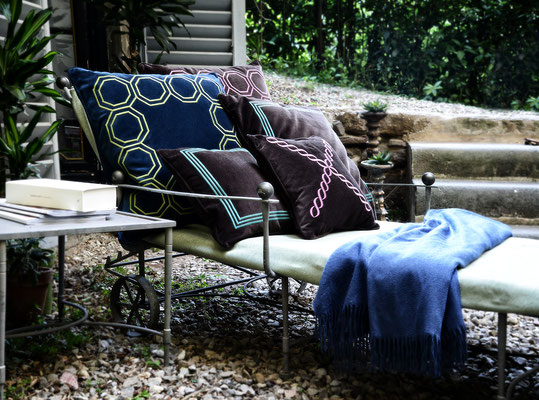 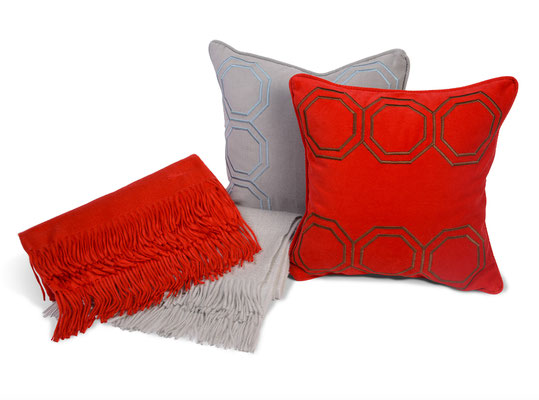 Other boutiques followed and the Pratesi family became friends with tycoons, artists and Hollywood celebrities as the brand became a status symbol among the world jet set. 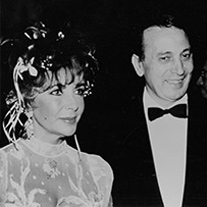 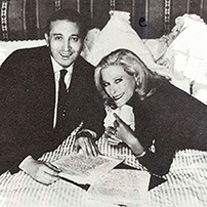 If it is true that behind every great man there is always a great woman, this is certainly the case of Dede Pratesi, at the helm of the creation department: creativity and passion for their product have inspired the Pratesi family to create the most innovative and timeless signature patterns in home decoration.Today the company is run by the fourth generation along with a strong managerial team, both working passionately to achieve a common goal: the next level. Very recently, the fifth generation has joined the Yacht & Special Projects division of the company.

Signoria Firenze was founded in the 1930’s as a business specialized in producing hand-crafted embroidery based upon the original Florentine tradition. The reputation of the Company developed through the years, thanks to the attention to detail, quality and design, typical features of the Made in Italy trademark. In the 1980’s the Signoria Firenze brand expanded into the international market yet firmly rooted in its artisan origins. Even today there is no Signoria collection that is not designed, cut, sewn and packaged in their premises in Tuscany. 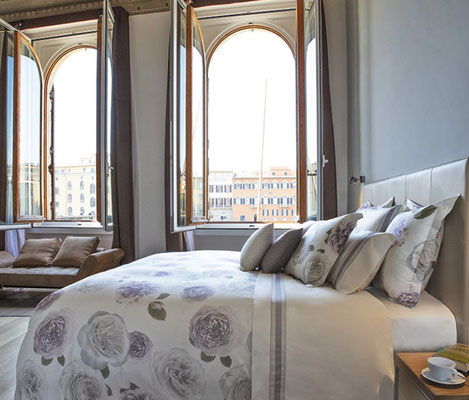 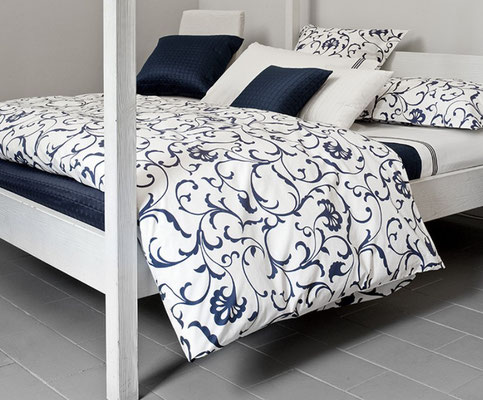 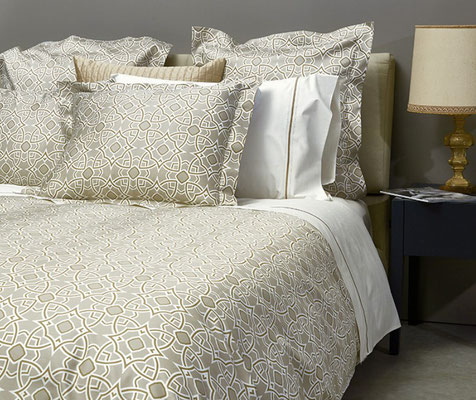 Tuscan Heritage – Tuscany is the elegance of its hills. Tuscany is the flowering gardens of its villas, their décor and their fine arts. Tuscany is the life and soul of Signoria, its origin in the 1930’s and a constant source of inspiration for its creations. 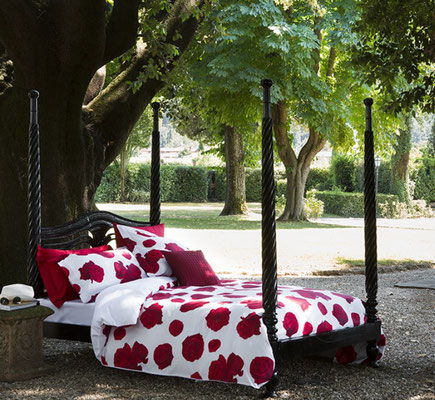 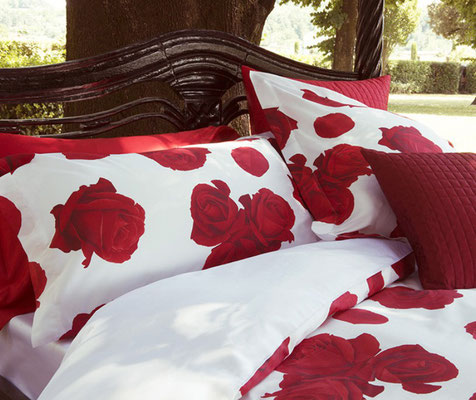 Venetto Design is an on-line store, offering unique Italian homeware products, including luxury bedding. At Venetto Design  focus is on style, quality and the beauty of  the Venetto Design products. Each Venetto Design item is a unique project, built on history, research, development and just like a work of art, an originality. Venetto Design is focused in selling premium quality flatware and kitchenware featuring out-of-the-box designs for its lovers. 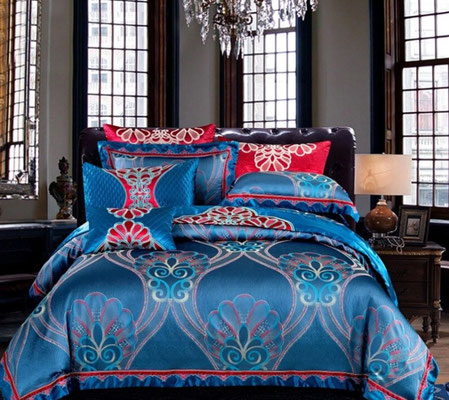 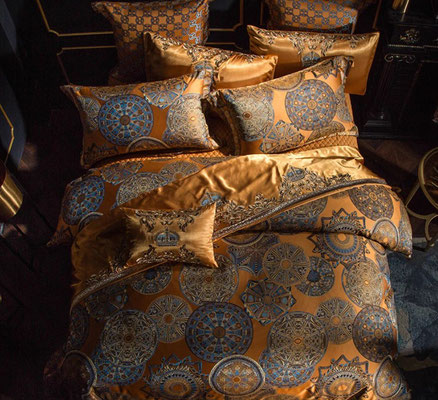 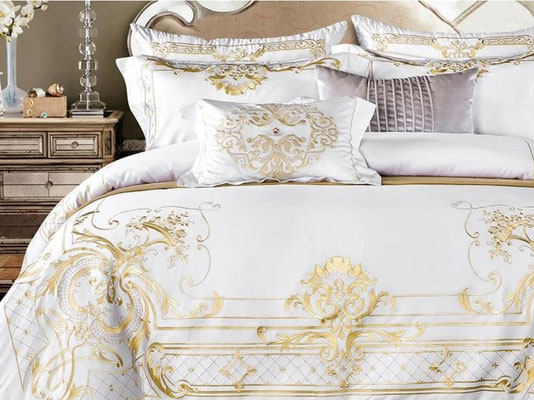