The famous pasta dishes of Sicily

The Pasta alla Norma has been invented in the Sicilian city of Catania, probably in the XIX Century. The name of this simple and delicious recipe is a tribute to the opera “Norma” by Vincenzo Bellini. The legend tells that the playwright Nino Martoglio, tasting a dish of this pasta, exclaimed: Chista è 'na vera Norma! And the name remained ever since !

Maria Callas sings “Casta Diva” from Norma, Vincenzo Bellini’s 1831 opera in two acts. Paris, 1958. The opera is regarded as a leading example of the bel canto genre and a major soprano aria, “Casta diva”, in act 1, is one of the most famous of the nineteenth century. Maria Callas was a notable Norma of the post-war period.

Located at the foot of Mount Etna, which often provides thrilling eruptions, Catania overlooks the Ionian Sea. It is a beautiful art city, an undisputed example of Sicilian Baroque, and a UNESCO World Heritage Site. Catania is a city that fascinates, starting with the remarkable remains from the Roman period, such as the Odeon,which is located in the historic center next to the Roman theater. This building was built in the Greek era, but restored between the first and second century, and other monumental structures also belong to this period, including the amphitheater and some buildings are made with hot lava stones. Catania is an illustrious example of Sicilian Baroque and post-earthquake reconstruction, preserves the urban plan designed by Vaccarini, with wide straight roads that link up around the main street. Via Etnea, on open squares and gardens. Among these scenic roads is the Piazza del Duomo, home to the characteristic Fontana dell'Elefante, the true center of the historic city.

Pasta alla Norma is a typical primi piatti in summer.  As for the use of the right pasta type, the recommendation is the maccheroncini rigati, but there are also those who use rigatoni or spaghetti. And then there is no shortage  Pasta alla Norma from Michelin Star Italian chefs.  For example, from the Licatese chef Pino Cuttaia who prepares his version of the Norma by putting the basil leaves already in the sauce with the onion, while preparing the tomato sauce. He does not salt the pasta during cooking but uses salted baked sheep ricotta. His Norma is similar to a small timbale. Use strictly fried eggplants, cut into slices, one centimeter thick. Lining the aubergine slices of the small molds and filling them with the previously blanched pasta, the maccheroncini. The molds will go into the oven, where the dish will finish cooking. At this point, he serves his Norma flan while still hot with fresh basil leaves on top.

First, cut the aubergines into slices or cubes. Cover them with coarse salt, at least for an hour, placing them in a colander to eliminate the liquids and the bitter taste.

Rinse them well, dry them and fry them in abundant olive oil. Dry them from excess oil with paper towels and cut them into cubes or strips. Put, in the pan where you fry the eggplant, with a clove of garlic and a few tablespoons of olive oil. Sauté slightly, and add the tomato sauce. Cook the spaghetti, drain them when al dente and season with plenty of tomato sauce. Add the eggplant that you have previously fried over it. Complete the dish with a generous sprinkling of freshly grated salted ricotta and basil leaves.

Your spaghetti alla Norma prepared according to the Sicilian recipe is served.

One of the most famous pasta recipes from Sicily is Pasta alla Trapanese. As the name indicates, it comes from the city Trapani in Sicily. The chefs will bash together  almonds, tomatoes, basil, garlic and Pecorino cheese in a pestle and mortar to create a pesto-like sauce. It is traditionally served with busiate, a local pasta shape which is similar to fusilli and looks a little like a telephone cord. It is quickly made, and the pesto is cold. So a perfect summer dish!  The only thing you need to pay attention to is whether you prepare the pesto with or without cheese. If you put pecorino cheese in the pesto,it is recommended mixing the pasta cold. If you don't use cheese, you can mix the pasta hot in the pan. Pesto alla Trapanese with the flavors and aromas of the local coast, is sort of a reinterpretation of the typical Ligurian pesto, brought to the city by the sailors of the Genoese ships who stayed in the port during their travel from the East. The sauce was reworked with local ingredients and turned into the exquisite Sicilian pesto made with tomatoes and almonds. 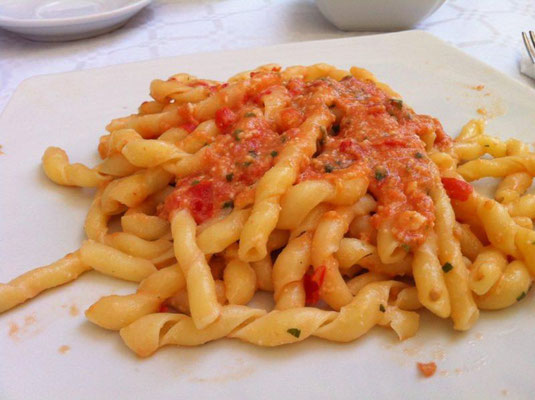 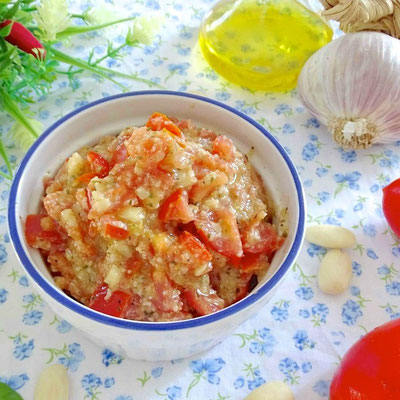 garlic: half a clove; basil: about 10 leaves; salt and pepper.

Prepare the pesto alla trapanese and let it rest for at least a couple of hours. The pesto is prepared as follows: for this recipe choose ripe but whole tomatoes. Wash the tomatoes and cut into small pieces as if for bruschetta. As you cut the tomatoes put them in a colander.  Put the peeled almonds in the kitchen mixer and blend them for a few seconds.

Keep aside the part with the bigger almonds. To the finer part, add the garlic and basil leaves and blend. In a bowl gather the chopped tomatoes, the almonds blended with basil and garlic and the almonds into larger pieces. Add 5-6 tablespoons of olive oil and mix. Season with salt and pepper.

As for pasta, the perfect form for this recipe is the busiate. If you can't find them, you can opt for long fusilli or simple spaghetti. Pour the pesto into a pan, add a drizzle of oil and cook the pasta. When the pasta is al dente, drain and transfer it to the pan. Mix and, if you think it appropriate, add a little of the pasta cooking water.

Your pasta alla Trapanese is ready… and you just have to serve it.

Famous for its crystal clear sea and white beaches, Trapani offers those who visit it, plenty of ideas to spend a day or a week. Talking about every single attraction in Trapani is practically impossible. The historic center of the city is in fact full of attractions that deserve to be seen. The Palazzo Senatorio, the Hundred Churches, the Walls of Tramontana, are just some of the countless places you should see. Take some time to stroll through the streets of the city and discover this city little by little. You won't be disappointed. The salt pans of Trapani are a fundamental stop in the city. Indeed, it was the salt trade that made this city flourish over the centuries, making it a true commercial power throughout Europe. San Vito Lo Capo is undoubtedly one of the most famous beaches in Italy. Its 3 km of white beach, ranging from the Gulf of Macari to the Zingaro Reserve, are one of the favorite destinations for lovers of the sea. The Torre della Colombaia, called Il Castello del Mare, is 32 meters high with 4 overlapping floors. According to legend, the Torre della Colombaia was allegedly built by the Trojans, who arrived in Trapani after the conquest of Troy. 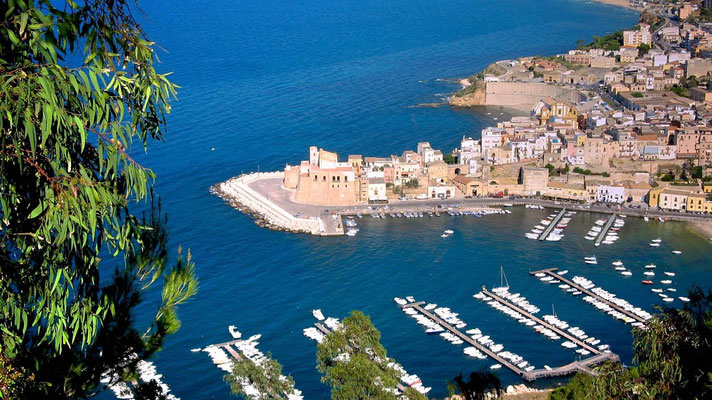 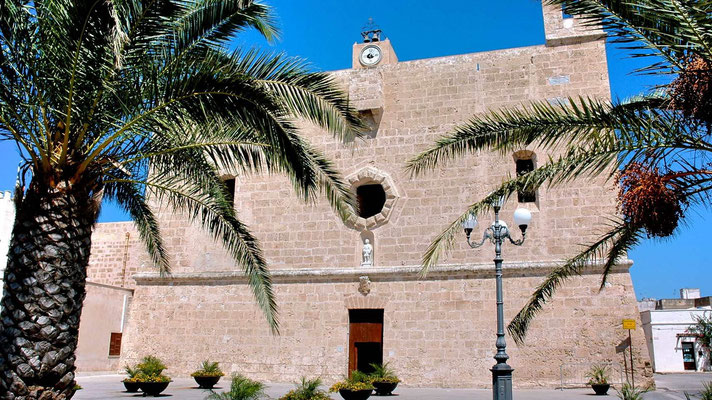 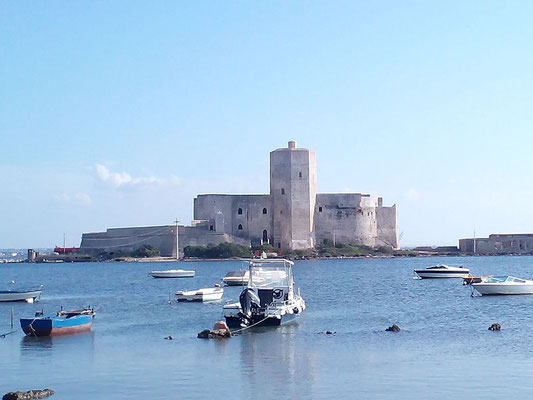 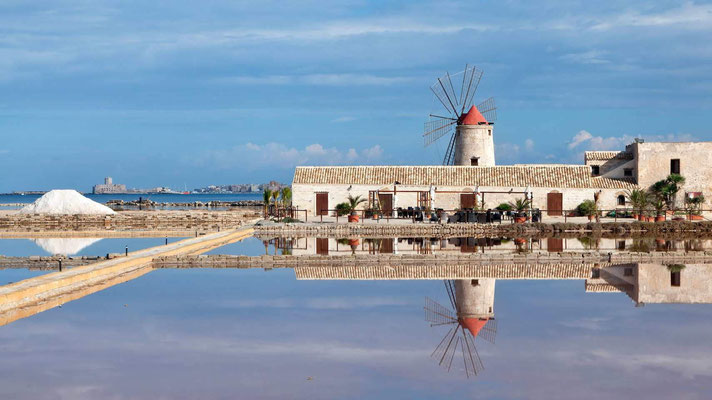 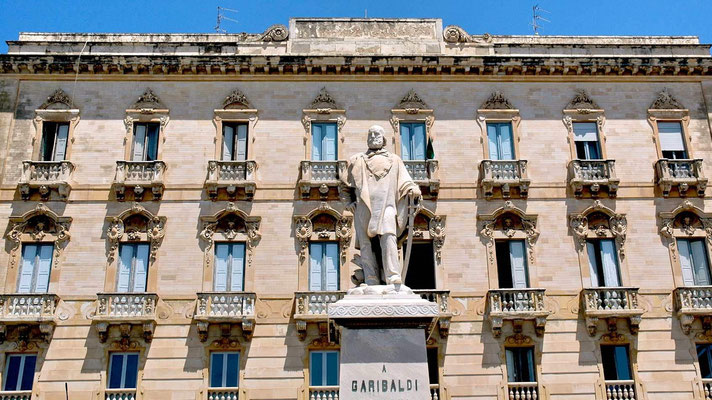