Italian cinema and holidays: the fashion of the tourist-seaside film of the 1950s and 1960s

After the rebuild years of the war, with Italy experiencing an economic boom, the GDP growth, arrival of television, and Rome winning, in 1956 the organization of the 17th Olympic Games for 1960, the Dolce Vita is reaching historic highs. The new wealth ensures that tourist destinations, seaside resorts par excellence are stormed. Why? Because now the Italians can spend and they can enjoy the fruits of their work.  Capri, Ischia, Taormina, Amalfi, the Ligurian Riviera, the French Riviera, Venice await the Italians, and also await the cinema. In the decade between the mid-1950s and mid-1960s, Italy experienced a season of economic growth and fast and intense social changes, and became one of the major industrial powers. The tourist-seaside film becomes a real fashion and within in a few years, produces a multitude of such films. The films would be set  in the important Italian tourist resorts, most often seaside resorts, and have intertwined episodes, with the title of the film referring to the seaside resort. A small trick of producers and screenwriters destined to make history, as obviously the film was shot in the middle of summer, further increasing Italy's myth of the "Dolce Vita". 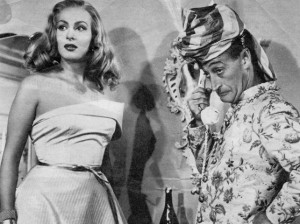